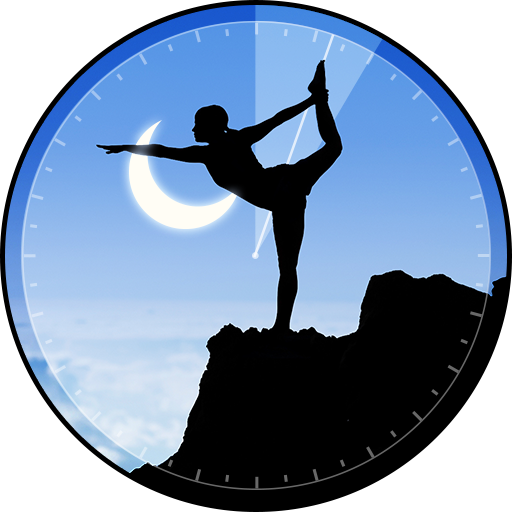 Yoga literally translates from ancient Sanskrit to “join”, “yolk”, or “unite.” Typically inferred as a union of body and mind — perhaps the definition could be extended to the union of ourselves and the natural environment.

Owaves is inspired by the field of chronobiology — or the study of how time affects our physiology, often in predictable patterns. For example, our bodies are best-equipped to fall asleep and rest at night, while being alert and active during the day. A simple dichotomy that has myriad implications for our physiology and well-being.

Similarly, our physiology is tuned in to greater earthly rhythms. Not only did we evolve with a dependable 24 hour twist to our global axis; but we also evolved in steady 365 day orbit around the sun… What does this mean? Well, we have circannual or seasonal rhythms for one — rhythms that are in tight synchrony with our daily circadian rhythms.

There are also moon cycles long hypothesized to have an impact on mood, behavioral and physiological patterns – as one yogi put it “if the moon can affect the ocean and make waves, shouldn’t it be able affect us as well?.” Perhaps not for the same gravitational reasons, but recent science confirms lunar cycles have an impact. Chronobiologist John O-Neil from the Laboratory of Molecular Biology at Cambridge University explains:

It has been speculated, that just like with the circadian clock which synchronizes to the cycle of day and night, there may exist in humans a lunar rhythm that synchronizes with the phases of the moon, as has been observed in certain marine organisms. So, in 2013, Anna Wirz-Justice and colleagues performed a retrospective analysis of human sleep data, collected under stringently controlled laboratory conditions with neither the participants nor the investigators being aware of the lunar phase. They found that during the full moon, on average, participants experienced a 30% decrease in deep sleep, otherwise known as NREM sleep, a 20-minute reduction in total sleep, and that it took 5 minutes longer to fall asleep even though they didn’t know it was the full moon. This implies that lunar rhythms do exist in humans.

Are there other celestial cues at play that someone without an astronomy degree wouldn’t begin to understand (i.e. me)? Probably…but what I can dig without the astronomy degree is this — that time of day and seasons matter. And they have a huge impact on our health and well-being.

So what if we began to make a conscious effort to synchronize our behavior and lifestyles with the earth’s natural rhythms? Even Julius Caesar had to learn the hard way (translated from his Latin text, History of the Gallic Wars, from approximately 50 BC):

It happened that night to be full moon, which usually occasions very high tides in that ocean; and that circumstance was unknown to our men. Thus, at the same time, the tide began to fill the ships of war which Caesar had provided to convey over his army, and which he had drawn up on the strand; and the storm began to dash the ships of burden which were riding at anchor against each other; nor was any means afforded our men of either managing them or of rendering any service.

Royan Kamyar, M.D., MBA is founder and CEO of Owaves.