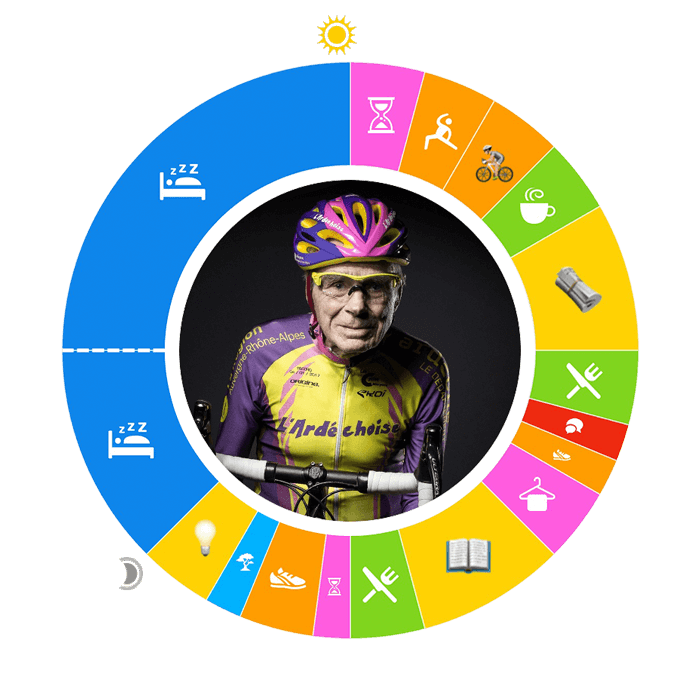 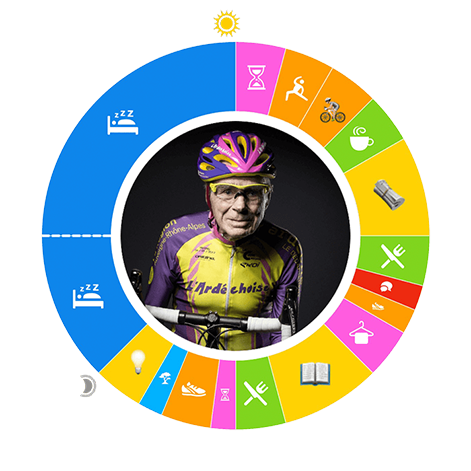 Day in the Life:
Robert Marchand

What is it like to be a centenarian? To Robert Marchand, it means being able to ride a bike with style and compete for world records.

Born on November 26, 1911, in Amiens, France, Robert Marchand is one of the world’s most astonishing cyclists. In February 2012, the then 100-year-old Frenchman set a world record for the longest distance cycled in an hour for centenarians. Two years later, he beat his own hour cycling record, improving the distance covered from 24.250 kilometers to 26.927 kilometers. 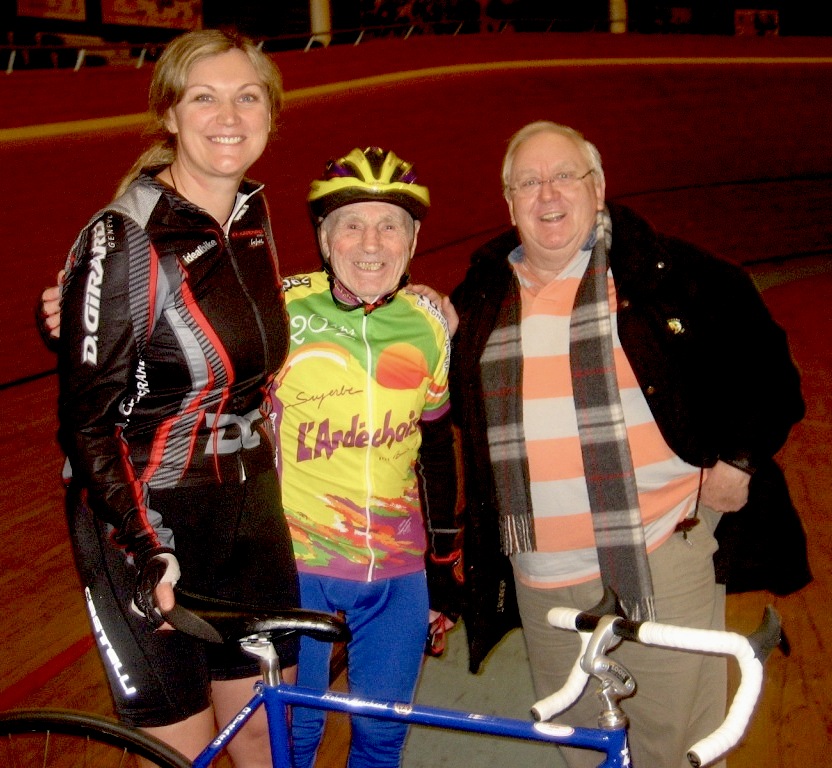 He was not born as a genius cyclist, though; it took him some time to take up the sport. When he was 14 years old, he cobbled a bike together and started cycling. In the same year at Claye-Souilly, he won his first race. By the age of 19, the young man had raced a lot. Nevertheless, the leader of Marchand’s teenage cycling club didn’t appreciate his potential. He told Marchand that as a 5-foot male, Marchand was too small to win any titles as a professional cyclist.

If the club leader could ever see Marchand today, “He would kick himself,” said Marchand’s friend and current coach Gerard Mistler. But at the time, Marchand did take the leader’s judgment seriously and quit cycling.

Instead of becoming a professional racing cyclist, Marchand became a firefighter in the 1930s. During World War II, he got himself into prison for refusing to train the children of Nazi collaborators. 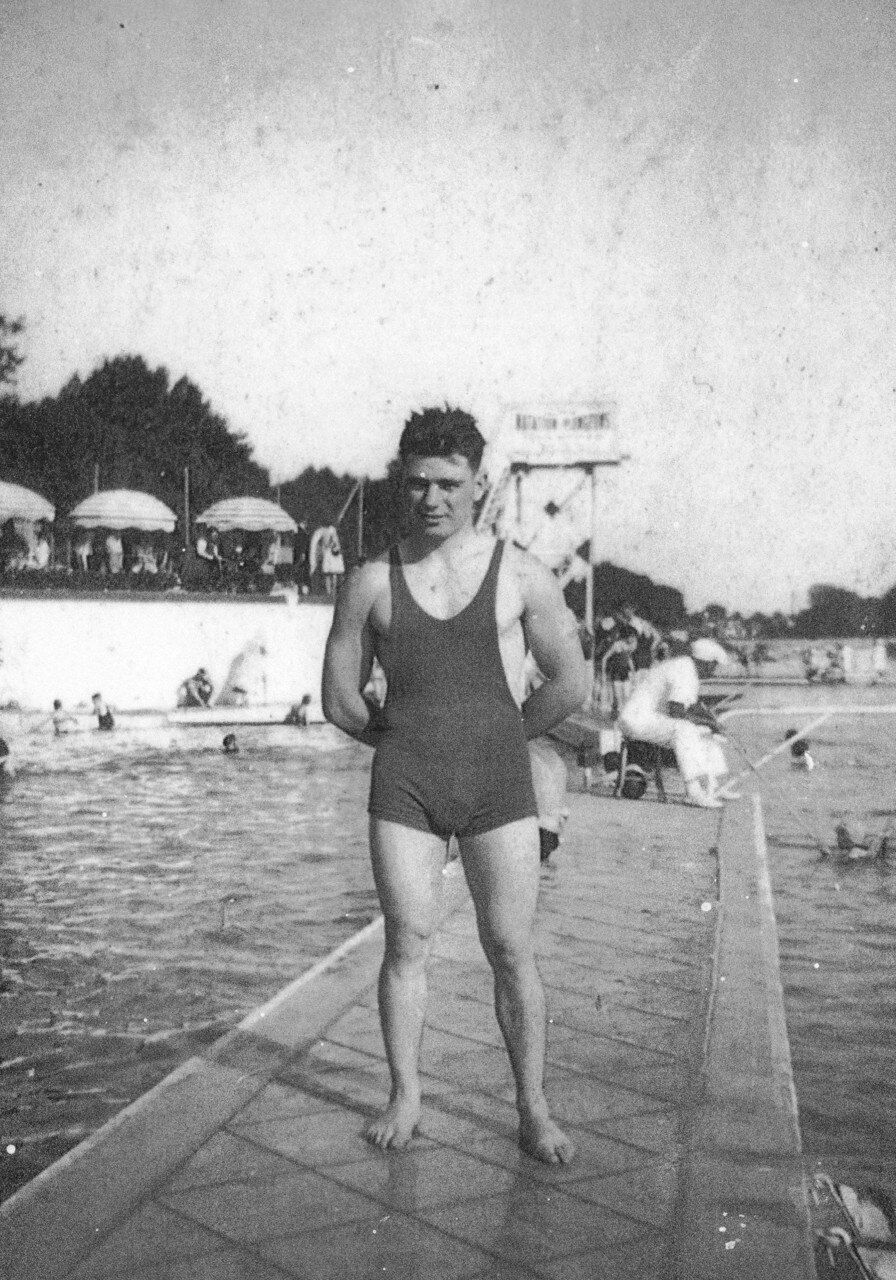 When the war was over, he wanted to move to Australia. However, all the ports in Australia were closed at the time, so he moved to Venezuela in 1947 instead. He ended up staying there for eight years, working as a planter and a truck driver. After a dictator assumed power in the country, Marchand left for Canada, where he led a life working as a lumberjack.

In the 1960s, Marchand returned to France and made several career changes. Still, cycling wasn’t in his mind. It was not until 1978 that he bought a new bicycle and resumed bicycle racing. This time, with his skills and passion awakened, nobody could stop him from pedaling any longer. In the next four decades, he competed in many road races, becoming a remarkable sight at events ranging from Paris–Roubaix to Bordeaux–Paris. At the age of 81, he even rode from Paris to Moscow.

“While people don’t necessarily know the name of the last winner of the Tour de France, they do know Robert Marchand,” said Mistler.

In 2011, Marchand fell from his bike while trying to avoid colliding with a truck during the Ardéchoise cycling event. He was injured and got evacuated, but that didn’t keep him from coming back. Three years later, the incredible cyclist celebrated his 103rd birthday by riding to the top of the very same hill. The 10-kilometer pass towards the 911 meter summit was renamed in his honor in 2011. 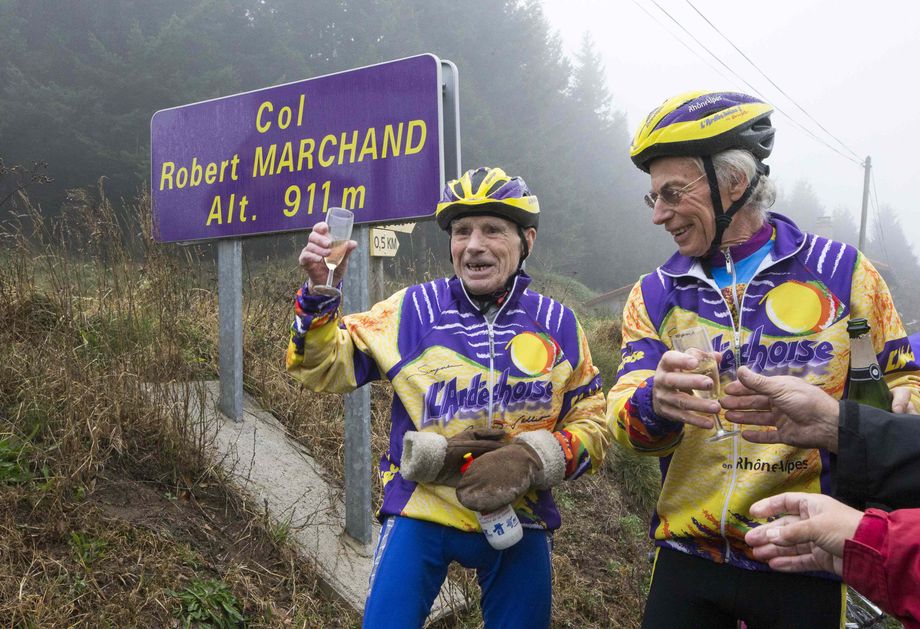 In January 2017, Marchand set a new record for cyclists over 105. At the national velodrome, he covered 22.547 kilometers in an hour. “He could have been faster,” commented Professor Veronique Billat, who was also Marchand’s physiologist. It turned out that before the feat, Marchand had given up eating meat for about a month to take a stance against reportedly cruel treatment of animals in meat production.

Marchand said his endeavor isn’t about becoming a champion. “I do it to prove that if you follow a healthy lifestyle, you can still do a number of things, even at a really old age,” he remarked.

Living alone in his apartment near Paris, Marchand has kept a stable daily routine. He goes to bed at 9 p.m. and gets up at 6 a.m. Every morning, he starts training with some gymnastic gestures and then gets on the bike. Depending on the weather, he either rides outdoors or pedals on his home trainer.

In addition to his physical training, Marchand also trains his mind by staying social and up to date with the world. He reads for a long time every day, and he gets upset when the postman fails to bring him his newspapers.

Marchand doesn’t smoke, and he drinks red wine only occasionally. His diet is plant-based and simple: yogurt, soup, lots of vegetables and fruit, and not too much meat.

Also, staying optimistic and open-minded may have contributed to Marchand’s longevity. Studies have suggested that people with greater optimism are more likely to live longer.

Amid the crisis of COVID-19, Marchand spent his 109th birthday on an exercise bike tailored for him. Because of the pandemic, he had to refrain from going out for a ride. The old champion is now struggling with hearing loss and a failing eye, but he still manages to stay active no matter what.

During his confinement, Marchand wrote a letter to the President of the French Republic, Emmanuel Macron, making a plea in favor of physical activities. “Sport, I believe I am a living proof of this, is a cure for disease and a factor of good health,” he remarked. 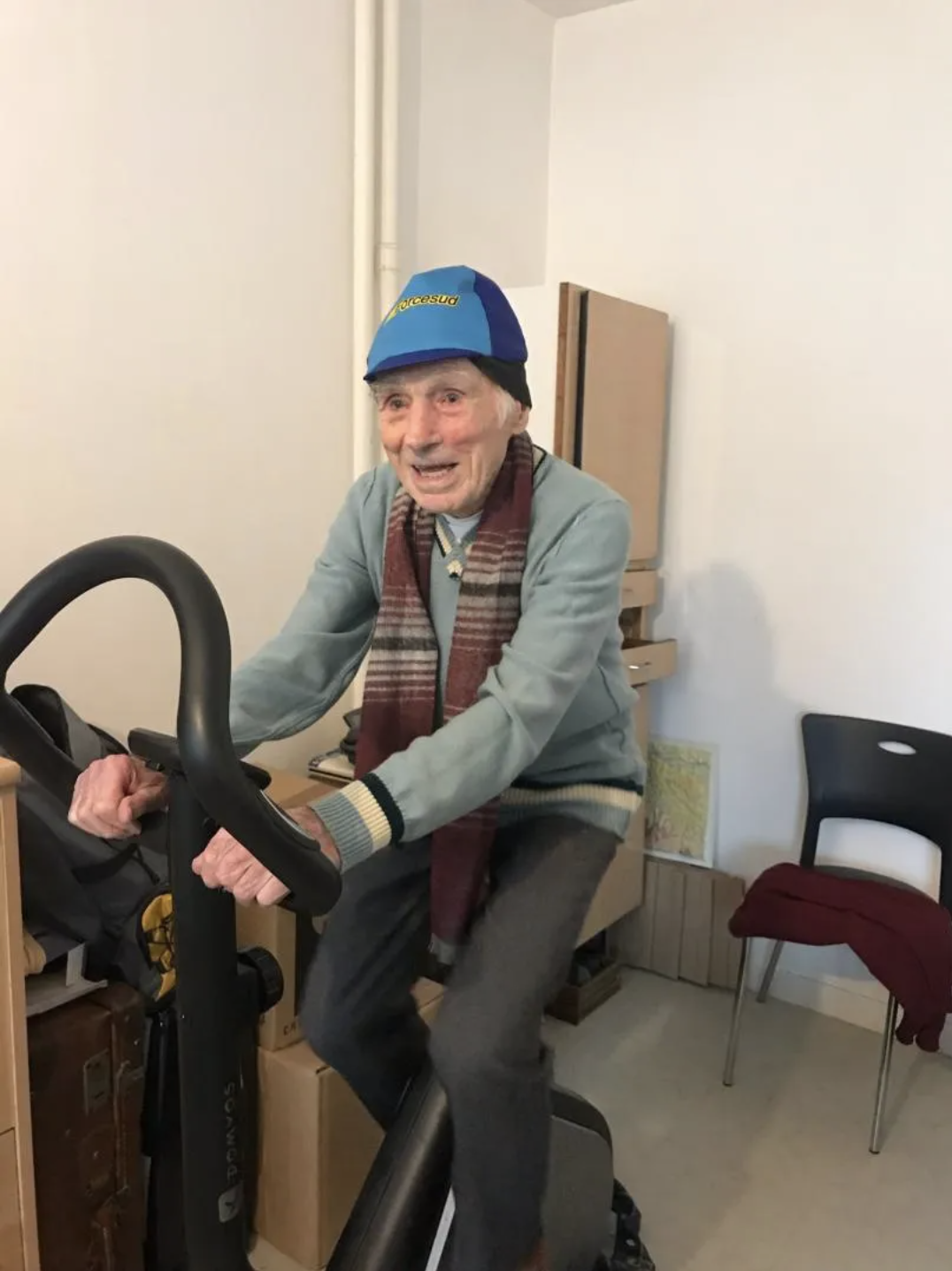 ●  Day in the Life: Ushi Okushima

● Day in the Life: Marty Cooper

● Day in the Life: Michellie Jones