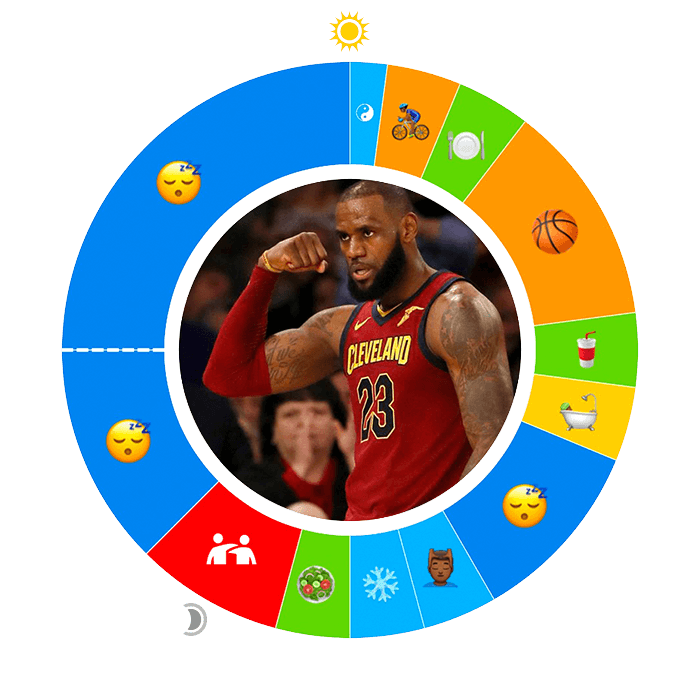 Day in the Life:
LeBron James

While most of us might imagine a day off suntanning by the pool or sipping a martini, King James has a different version…

Here’s a glimpse of what fits into his 24-hour “off” days between NBA final games:

LeBron James, the 3X NBA Champion, 4X MVP, 14X All-Star and 2004 Rookie of the Year is also the most decorated Men’s USA Basketball Player of all-time. He’ll be evaluating after the Championships whether he’ll attend the Rio Summer Games and become the first men’s player to compete in four Olympic Games and win three gold medals.

The decision won’t be easy, as the NBA is notorious for its physically demanding schedule. Counting playoffs, LeBron will have played close to 100 games this season, including back-to-back games and coast-to-coast travel. “It’s unfathomable to go across the country from Cleveland to San Francisco — at the very least a five-hour flight — and then play 50 minutes in a game the next day,” U.S. Olympics trainer Michael Young, Ph.D. says. “You don’t see that in any other sport. The travel stress alone can be debilitating. And then you add to the fact that basically it’s a one-man team at this point, and the mental and physical burden – it’s just overwhelming.”

So how does LeBron do it? Here’s a deeper dive into his day:

LeBron is legendary not just for his on-the-court skills and eight-figure endorsement packages, but his king-sized sleeping habits as well. LeBron averages 12 hours of sleep a day, usually broken down to 8-9 hours at night and three hours of napping in the afternoon.

“This may sound weird to you,” said James, when asked about his daily routine, “but for my 13-year career, I’ve taken a nap for the most part every day — and for sure on game days.”

Sleep is catching on as an important asset in the NBA, and growing research corroborates the benefits. A 2011 study published in Sleep showed better speed, reaction time and a 9% increase in shooting accuracy when players get adequate sleep. The study’s authors from Stanford conclude: 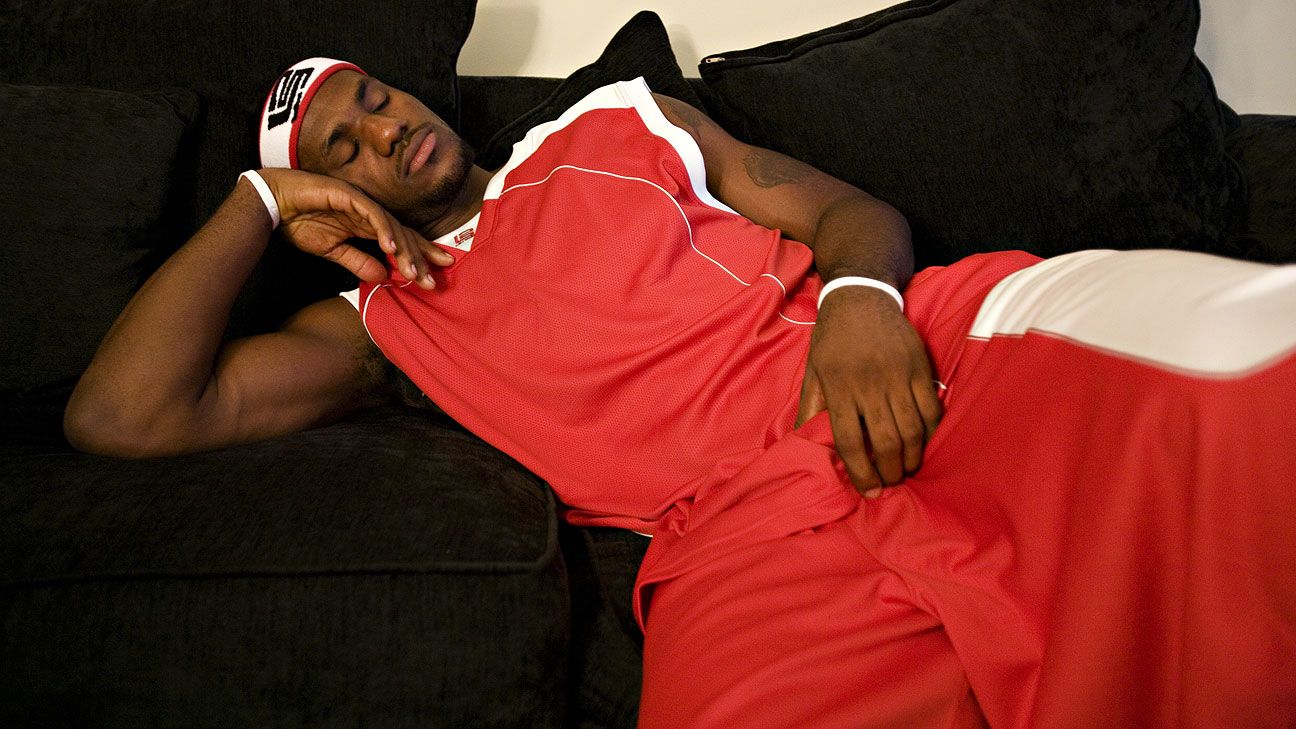 LeBron goes to the gym two to three times a day, practicing drills on the court and cross-training with his personal trainer Mike Mancias. Mancias worked with Michael Jordan in 2001, and has been working one-on-one with James since his rookie year in Cleveland. When describing their workout philosophy, LeBron explains:

"Ever since I was a kid and I started playing the game of basketball I never put a ceiling on what I can do." – @KingJames Ep. 5 of Striving for Greatness is live. Link in bio.

To improve stamina, the treadmill is good, but the exercise bike is tougher and works more of your body. Do a 10-mile ride uphill, and you know you’ve had a workout.

LeBron can frequently be seen hopping to the Juice Spot, which he co-owns with his wife Savannah, for cold-pressed juice after his workouts. Peanut Butter Dream is a favorite. Despite all the extra flavors, LeBron’s core nutrition advice is pretty basic:

It sounds so simple, but I am a big believer in water. I start the day with two big glasses, and pretty much drink it until I go to bed. It’s the simple things you need to be doing…

Breakfast and dinner are the biggest meals of the day. Dinner is typically served with plenty of greens, and there’s always a side bowl of salad. If chicken is on the menu, it’s skinless – his chef pays attention to the healthy details.

Dinner is served! It's over for you two! Lol

LeBron laments not having a father figure growing up, and transforms that pain into motivation to be there for his three young children. Savannah is his high school sweetheart, and despite the hectic traveling schedule they find ways to all spend time together.

It just runs in the family! Healthy lifestyles in the James Gang household. Even Baby Z putting that work in. Mother/Daughter combo. #StriveForGreatness

Music is LeBron’s main way to relax while on the road, stretching, and before games in the locker room. Jay Z is a long-time favorite, Drake, 50 Cent and Eminem are also on the playlist. James’ love for music and appreciation for ways to enjoy it on-the-go led to his early investment in Beats, valued at $3 billion upon its sale to Apple.

●  Day in the Life: Serena Williams