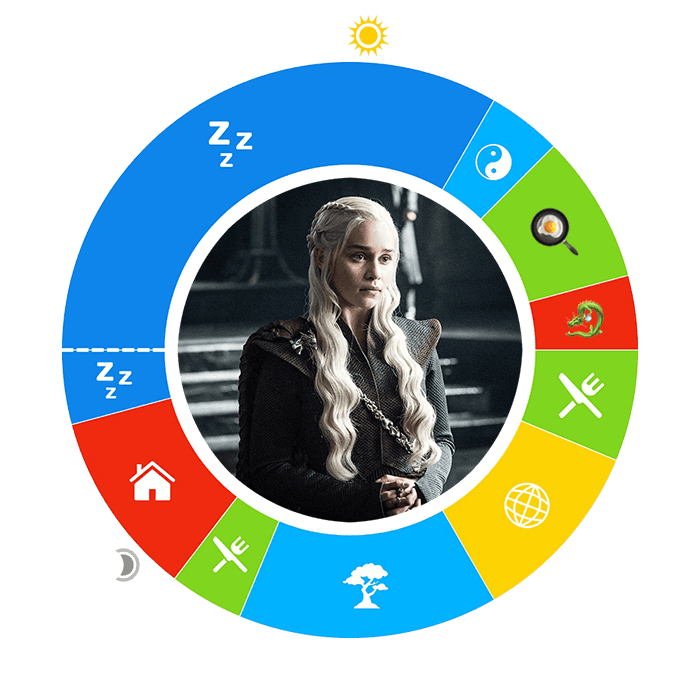 Day in the Life:
Daenerys Targaryen

Daenerys Targaryen. The last of her name. Mother of Dragons. The biggest threat the Lannisters have ever faced. Since the birth of her dragons, every move she has made has gotten her closer to her ultimate goal – to take back the Iron Throne. After creating a power base in Essos, Daenerys wasn’t just focusing on being the Mother of Dragons or a Queen. She cared for her people. They adored her and called her “Mhysa”. She did have a few issues after beheading and killing those who enslaved others. She fueled fire with fire. However, “Fire cannot harm a dragon”, as she once said.

As her dragons and empire grew, she eventually made her way back to Dragonstone, the ancestral grounds for the Targaryens. After meeting Jon Snow and learning of the bigger threat in the North, she had eventually been convinced that fighting for the land and the people is bigger than just ruling. As they made their way back to Winterfell together, Daenerys and Jon are fighting to keep their relations strong with the people in the North. From meeting people to council meetings, Daenerys is there to get others to respect her. Between those times she lives life from getting to know the North to taking care of her people.

Jon bent the knee for many reasons, but saving the North was his most responsible answer. Daenerys hasn’t met anyone that somehow let her dragons touch them. She also hasn’t met anyone that has sparked her mind the way Jon has. It was only a matter of time before they ended up together. To her, he was a challenging, but honorable man.

She makes her way down to eat breakfast with Jon, Tyrion, and Jorah. The most important meal of the day to fuel a schedule filled with meetings, roaming the grounds, and being a queen. For breakfast, she has a heaping of eggs, toast and pork sausage. They all talk about their plans for the day as the war is coming soon. It’s only a matter of time before the Night King and his army arrive in Westeros to rid them of their future. But in the light of all the dramatic talk, they still find a silver lining in their days.

The chilling temperatures of the North are not the kind of weather her dragons prefer. They miss the warm weather in the South. As a result, they hang out in the open snowy land away from Winterfell. They haven’t eaten much since they got there, so Daenerys tries to give them more attention than usual. They need to be fed the most, which puts a strain on everyone else. This puts a greater strain on Sansa, who is trying to feed the people of Winterfell. 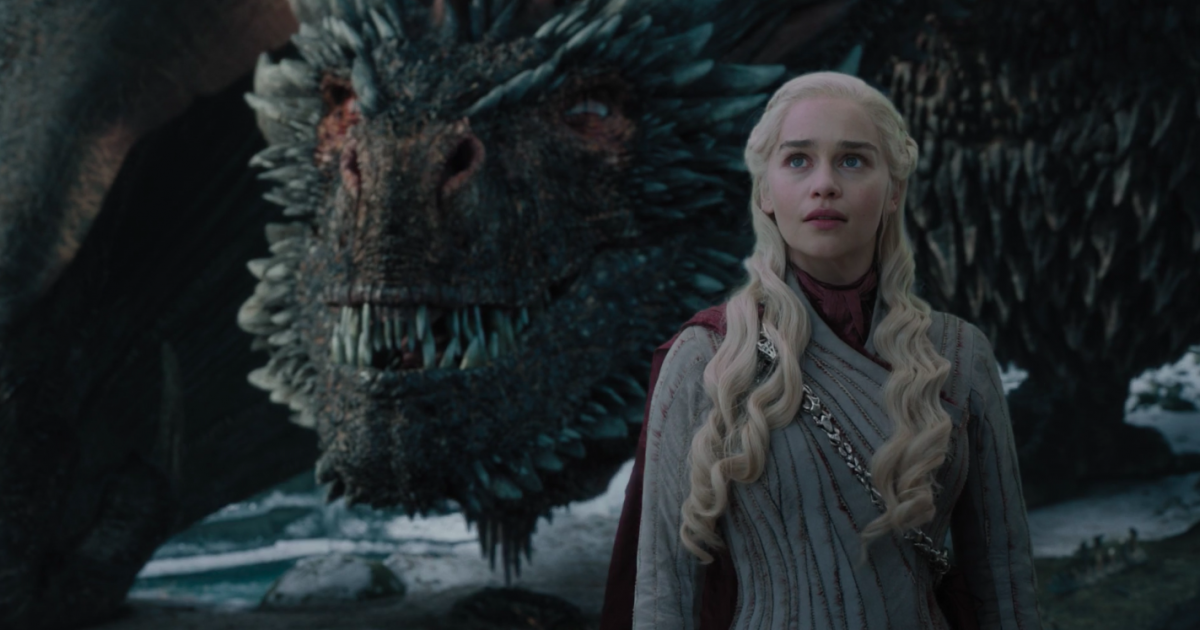 During lunch, Daenerys eats with Jorah and Jon. Everyone else is busy trying to put together weapons and traps for the impending battle. Daenerys eats a plate full of chicken, candied plums and potatoes. They all catch up and talk about what they have done since breakfast. Daenerys has a lot on her mind as the Army of the Dead approaches. Her throne and kingdom are at stake.

Winter is Here and the war will be here at any moment. Strategies are to be taken place. Daenerys is humbled by the war meetings. However, she was a fool to believe that Cersei would actually fight for them. The meetings are led by Tyrion and Jon. She knows an aerial attack may have to take place. No one knows if burning them “alive” will kill them, but its a chance they will have to take. The Army of the Dead has one of Daenerys’s dragons on their side, but Daenerys still has two.

As the days grow colder, and the war days nearing, Daenerys explores the Stark Castle. There isn’t much to do in this area as everyone is preparing for war. She wanders from the courtyard, down the halls, to the library and into the crypt. For the most part, she attempts to see the castle for what it is. To her, the castle is a new playground. The history and generations of Lords before her and Jon really play with her curiosity.

Daenerys eats another meal with her friends Jon, Tyrion, Jorah and her frenemy, Sansa. Her and Sansa are respectful, but continue to play the “nice” game. Daenerys wants her throne, but she learned that a queen should always show kindness. For dinner, Daenerys loves to have a balanced meal of fish, lemon cakes and wine. She continues to talk with Sansa to try to find some way for them to tolerate each other. 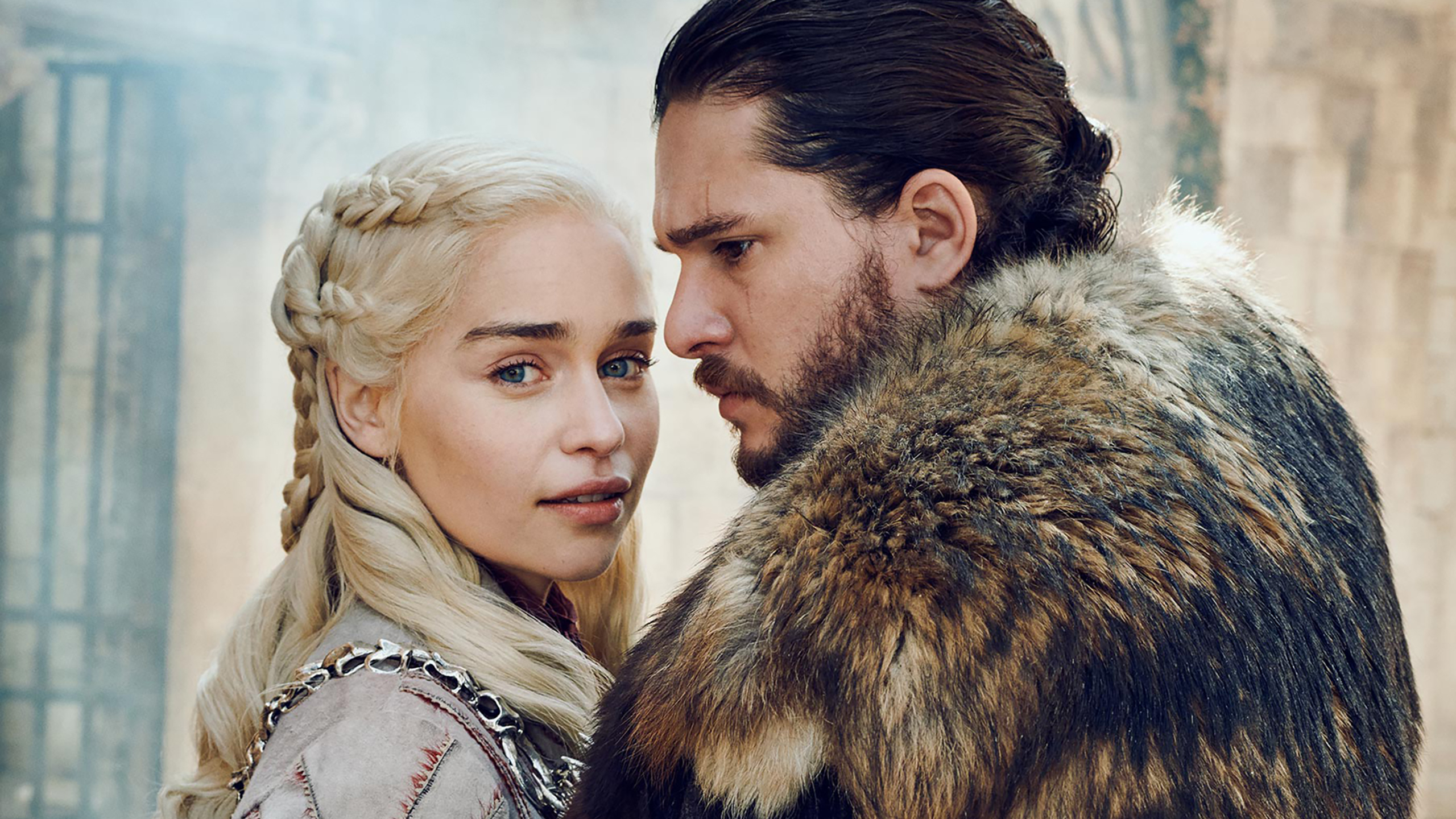