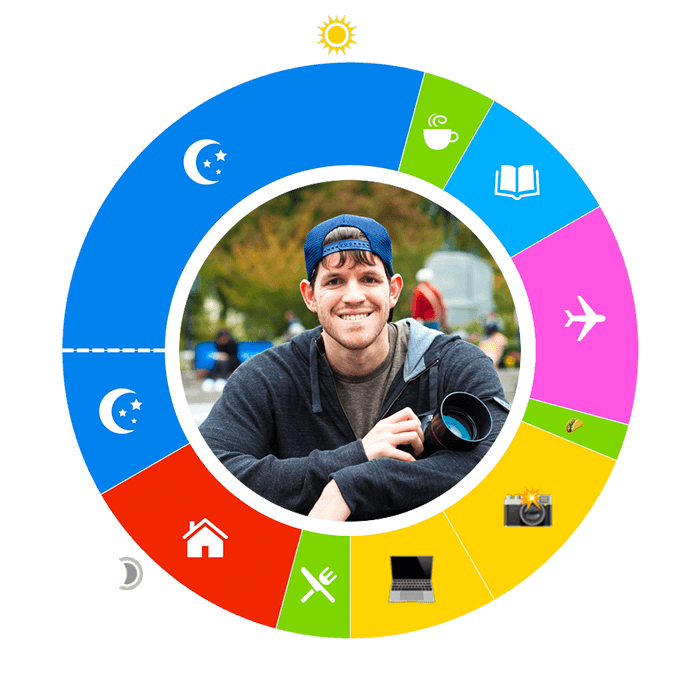 Day In The Life:
Brandon Stanton, the Face Behind Humans of New York

Anyone who has read the stories from Humans of New York is familiar with the striking emotional journey that the readers are taken on. The bounds are suddenly broken between the reader and the storyteller. The image that is paired with the story captures a moment in time in which we can feel the pure vulnerability of the individual behind the screen. For years, Brandon Stanton has offered millions of readers a different perspective of an individual’s life. An inspiration to many, Stanton has traveled far beyond the borders of New York to continue his mission of offering a glimpse of others’ experiences and to demonstrate the power of empathy. As the man behind the stories, Brandon Stanton himself has an interesting story to tell.

Brandon Stanton grew up in Marietta, Georgia and attended college in his hometown at the University of Georgia, studying History. In 2010, Stanton bought his first camera, a Canon EOS 5D Mark III with a 50mm f/1.2 lens, while working as a bond trader in Chicago. After two years of working as a bond trader and doing photography on the weekends as a hobby, Stanton lost his job. He noted in a Shutterbug interview that after he lost his job, he went for a walk and asked himself, “What is it I want to do with my life?” He remembered feeling physically and emotionally tired from having his creative energy restricted while working as a bond trader. In order to set out and figure out his passion, he decided to take a couple months off and live on just enough money to keep him going. 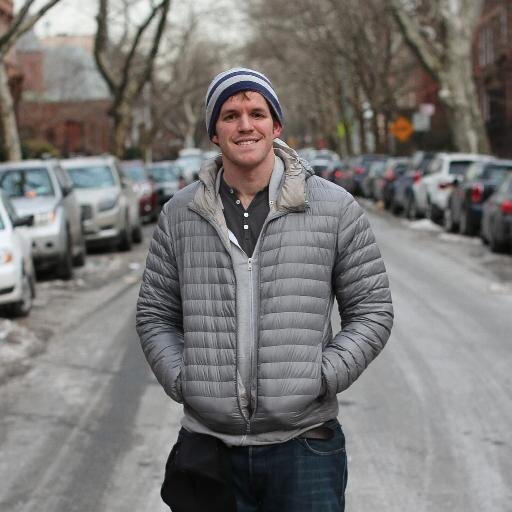 Brandon Stanton, Creator of Humans of New York, smiles for the camera. This photo is Stanton’s Twitter profile photo.

A Leap of Passion for Brandon Stanton

Stanton then took his remaining savings and moved to New York, where he ambitiously set out a goal to photograph 10,000 portraits. His life changed when he decided to upload a few of these photographs to his new blog on Facebook, Humans of New York (HONY). He first started by looking for people that seemed interesting, whether they were wearing something unique or eccentric. Then, he evolved his strategy into trying to find people who looked like they had the time to talk. Such people included those sitting on a bench, strolling through the park, or smoking.

The age-old question that fellow readers wonder is, How do so many individuals feel so comfortable telling Stanton their deepest secrets, life stories or vulnerabilities? Brandon Stanton answers this question in an interview with Shutterbug:

I stop a random person on the street and first create a zone of comfort. I ask questions such as “What is your biggest regret in life?” and I get them talking. They might share with me things they haven’t even told their best friend or closest family members, such as affairs, abuse, guilt, successes, mistakes, or their wife’s cancer. I know there are two threads going through their head at the same time—fear and vulnerability in exposing themselves. But there’s also the appreciation of being heard.

The statement stands to be true, years after his first story went viral—people just appreciate being heard. Stanton was able to, and continues to, offer that to individuals across the world.

One of Stanton’s first big projects was a United Nations-sponsored 50-day world tour to 15 countries. These countries included Iraq, Uganda, South Sudan, and later, Pakistan. Brandon Stanton explains that he felt this trip was the perfect opportunity to address the typical negative narrative that is relayed about these countries, and to break the stigma by introducing stories from locals in each country. This trip offered an opportunity to spread awareness about many issues that these countries were facing that may have not been widely known or heard. Stanton gave citizens of these countries a platform to share their voice and their troubles.

This later lead to Stanton sharing a photograph of a Pakistani activist fighting against modern-day slavery in Pakistan, which he titled, “Modern-Day Harriet Tubman.” The HONY readers took it upon themselves to raise 2.4 million dollars for this campaign, wildly changing the lives of many. To address this, Stanton states that he believes he is a middleman between storytelling and social impact. 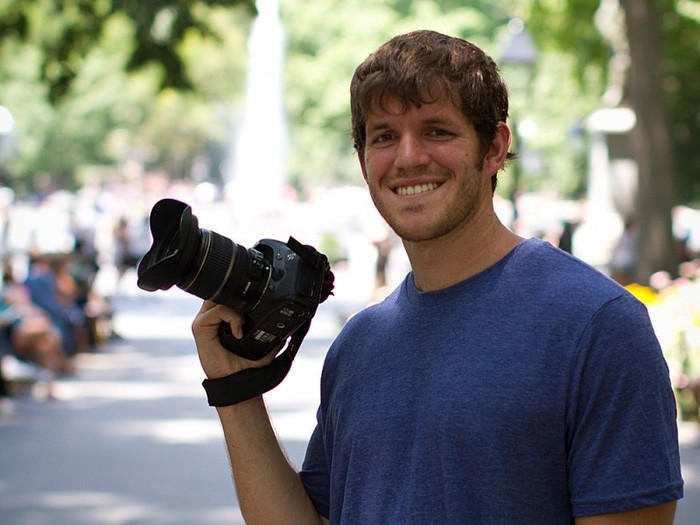 For a man of many talents, Stanton still starts off his day similar to the rest of us, with a large cup of caffeine. He then enjoys reading for a couple of hours, before starting his lengthy day. His preferred genres are typically biographies, which happen to combine two of his main passions—storytelling and history. Next, Stanton spends the better part of his day photographing individuals and capturing their narratives. Specifically, he spends at least one hour with each person he speaks to, photographing on average four people a day. Brandon Stanton believes that discipline is what leads him to his successes. Thus, he continues to persist in his work each day.

Brandon Stanton: An Inspiration to Us All

What initially started as a passion project turned into a wildly successful and impactful campaign. Stanton has changed the lives of many. He has provided a platform to those who deserve to have their stories heard and shared. At the same time, he has provided comfort to readers going through similar events to not feel as alone. This community of readers continues to grow each year. Brandon Stanton is also an author of four books: Humans of New York (2013), Humans of New York: Stories (2013), Little Humans (2014), and Humans (2020). It is inspiring to see how much one individual can accomplish! Stanton’s achievements give hope to all of us following our passion to persevere and see where our path takes us. Learning from his experiences, and the individuals he has spoken to, it is evident that we are all on our own path. 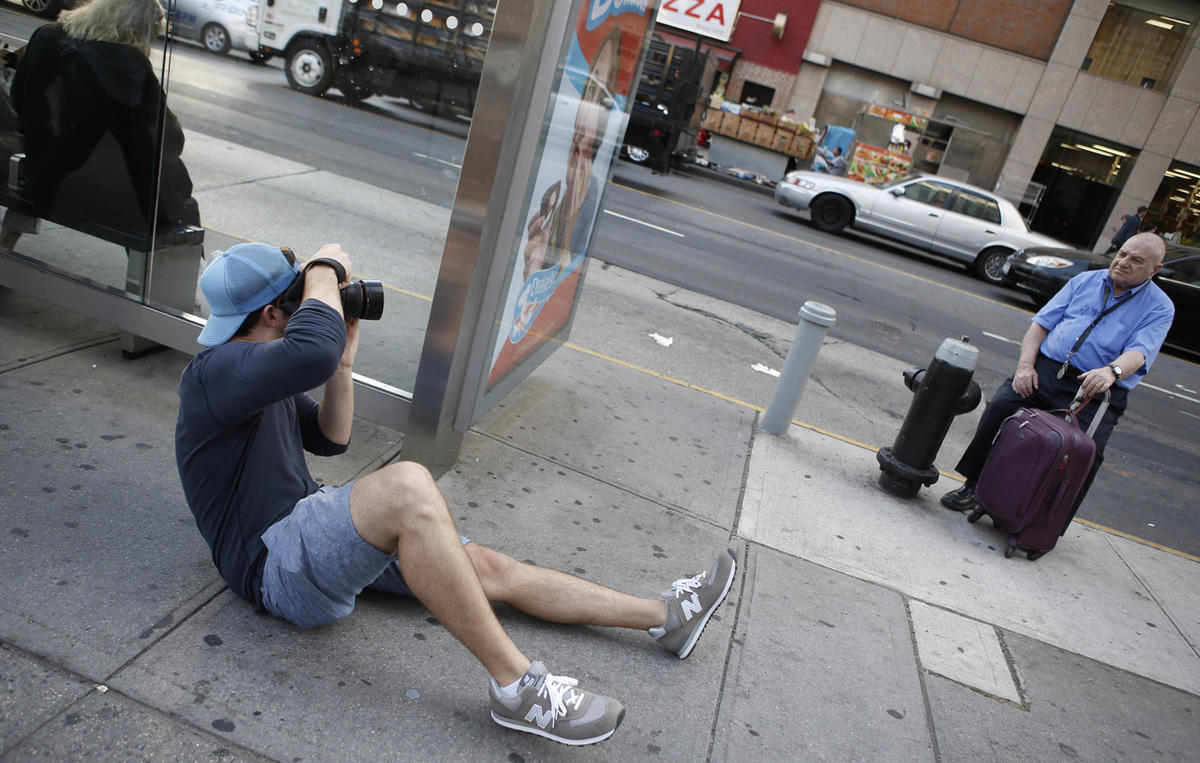 Brandon Stanton in action on October 2, 2013, taking a photo of a man in New York. Photo by Kathy Willens, Associated Press.

● Day in the Life: Marty Cooper

● Day in the Life: Michellie Jones