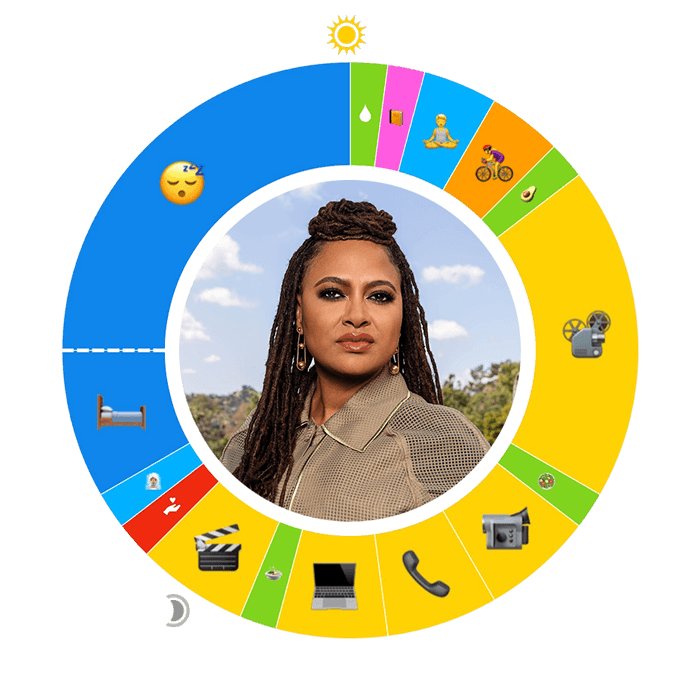 Day in the Life:
Ava DuVernay

As a filmmaker, Ava DuVernay has brought attention to extremely important racial and social issues in America. Many of her films, like 13th and Selma, showcase the struggles that Black people have faced since the times of slavery. Media is a form of activism. DuVernay has used her platform and her storytelling skills to educate others and eliminate ignorance and hate. Her dedication to film making and social justice is seen through her commitment to tell the truth in history and to create more representation through her art. 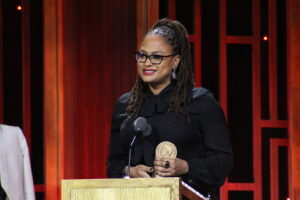 DuVernay has achieved many firsts during her film making journey. She was the first Black woman to win the Best Director award at the Sundance Film Festival, to be nominated for a Golden Globe for Best Director and an Academy Award for Best Picture, and to direct a live-action film that made 100 million dollars at the box office. Her films have become especially relevant in the past couple of months during which the largest Civil Rights Movement in American history began. They have given many people a chance to become aware of the inequalities and racial injustices within America. What is even incredible to hear is that, even while doing all that she does to bring awareness to important racial justice issues, DuVernay still manages to live a balanced lifestyle.

Every morning, DuVernay drinks a couple of glasses of water and takes some time to write down things she is grateful for from the day before. DuVernay emphasizes hydrating throughout the day. She also begins her day with meditating and doing activities like hiking and biking. These activities take her to different places and allow her to take in her surroundings. Of course, like many, she has breakfast, but this one is vegan! DuVernay is an avid vegan, and has spoken up about her thoughts on veganism: “Like many food trends that seem new, black veganism has historical roots. For a lot of black people, it’s also about social justice and food access. The food we’ve been eating has been killing us.”

“An artist and an activist are not so far apart.” DuVernay recently started the Law Enforcement Accountability Project through her media company ARRAY. The mission of the project is to put out work from Black and female artists tackling the topic of police brutality. It is an incredibly well-thought-out plan of action considering how big of a role media plays in bringing out the truth.

DuVernay’s film, 13th, made many people aware of the slavery within the prison industrialization complex. The film is available for free on Youtube, so that people could get a better understanding of the situations Black people face on a daily basis. DuVernay was also the executive producer of the series When They See Us. This series tackled the court case of the Central Park Five. In the ‘90s, five Black men were wrongfully convicted of raping a woman in Central Park. This retelling of this case made a lot of people think about how prejudice and biases affect Black people in the justice system. Ask yourself: Would you know any of this information if it was not for films like the ones DuVernay has created? 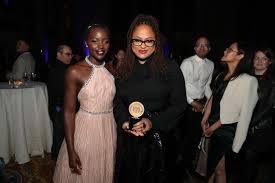 DuVernay even speaks up to call out the lack of representation in American film and media. Her bravery and her strength to tackle these issues through word and action are an inspiration to people of color trying to break through the glass ceiling of the entertainment industry. DuVernay is a perfect example of how activism exists in different forms. Sometimes, her commitment to creating these revolutionary films led to sleepless nights, but it was all worth it.

DuVernay really values and speaks up for self-care. She believes that, while it is important to fight for equality, it is just as important that one values themselves and their needs. It is difficult to fight for something if one is not satisfying their basic needs. Self-care for DuVernay could be reading a couple of books, or just relaxing on a weekend. It could even be removing her makeup every night before going to bed or changing her socks after lunch. Her goal is to replenish her mind, body, and spirit.

Although her entry into film making was much later as she was a publicist before, DuVernay does not have many regrets and believes that all her past experiences have been beneficial to her present. She encourages people to do what they want in the time that they have. “I just want to be here in five years, breathing and doing what I love to do. I just need to be free to tell my stories from my spirit, my heart…unrestricted. Life is fleeting. If we could be here doing what we love to do, that is success.” 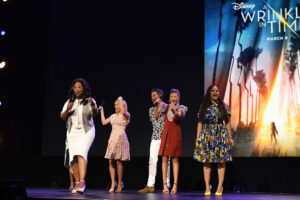