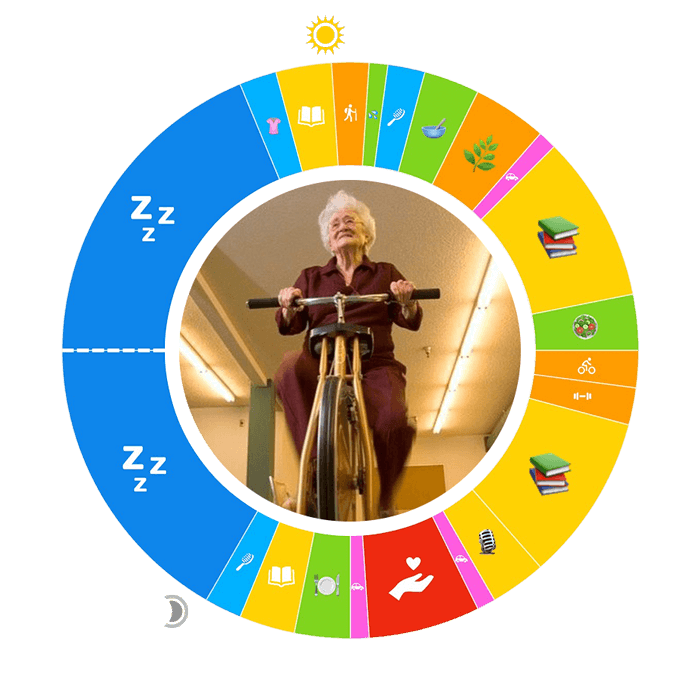 Day in the Life:
Marge Jetton

No one lifts five-pound weights as Marge Jetton would; her enthusiasm was seen through her drive to take care of her body even after living a century. Marge was a retired nurse who had an impressive medical service record. She and her doctor husband opened and ran Fallbrook, California’s first clinic, and they established Long Beach, California’s Woodruff Community Hospital. They went to the extent of offering their services to the Army during World War II and even served as medical relief missionaries in Zambia and Ethiopia.

Guided by her Seventh Day Adventist beliefs, her devotion to service and medicine echoed through her efforts even after retirement. Like Dr. Wareham, Marge was from Loma Linda, California, a notable blue zone within the United States. Before passing at 106 years of age, Marge was often seen as an involved member of the community and filled her daily routine with intense exercise, volunteering, and a rich plant-based diet. 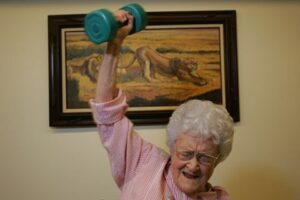 Her daily routine was simple but also fulfilling and engaging. Marge Jetton woke up at 4:30 AM every morning, and then, she got dressed up and started reading her Bible. She believed that her faith held her together and guided her through most of her actions. Marge figured out how to walk a mile indoors where she lived; she made 6 rounds around her living facility and drank a glass of water after each round. She lifted five pound weights as well and had amazing biceps. Her exercise routine did not stop there; she proceeded to bike 6-8 miles a day on her stationary bike.

She quit eating meat when she was around 50 years old and had a plant-based diet. After her morning exercise, Marge freshened up a bit and had oatmeal and prune juice for breakfast.  For lunch, she mixed up raw vegetables and fruit for a meal. Sometimes, after lunch, she found herself on her stationary bike for a 15 minute exercise. Occasionally, she treated herself to healthy snacks like soy and garbanzo bean waffles! Finally, she ate a light dinner usually consisting of soup or sandwiches. Her plant-based diet was inspired by Seventh Day Adventist principles regarding the importance of treating the body with utmost respect.

In between her exercises and meals, Marge actively participated in her community through working at the Loma Linda University Medical Center library and volunteering for up to seven organizations including the Voice of Prophecy, an Adventist radio broadcast. She also dropped off old magazines at the Loma Linda Senior Center. To get from place to place, she drove herself in her Cadillac Seville; her age didn’t stop her from having autonomy. 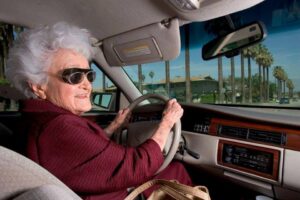 Marge enjoyed the little things and believed that age didn’t stop her from doing the things that she desired to do. She found joy in gardening and taking care of her tomatoes, corn, and hydrangeas. Marge had a regular hair appointment every Friday at 8 AM. She diligently followed Sabbath and regularly read her Bible because her faith was an essential part of her life.

Ultimately, to live as long as Marge Jetton did, you got to love your life, eagerly exercise, eat healthily, pick up some hobbies, and be actively involved in your community through service.