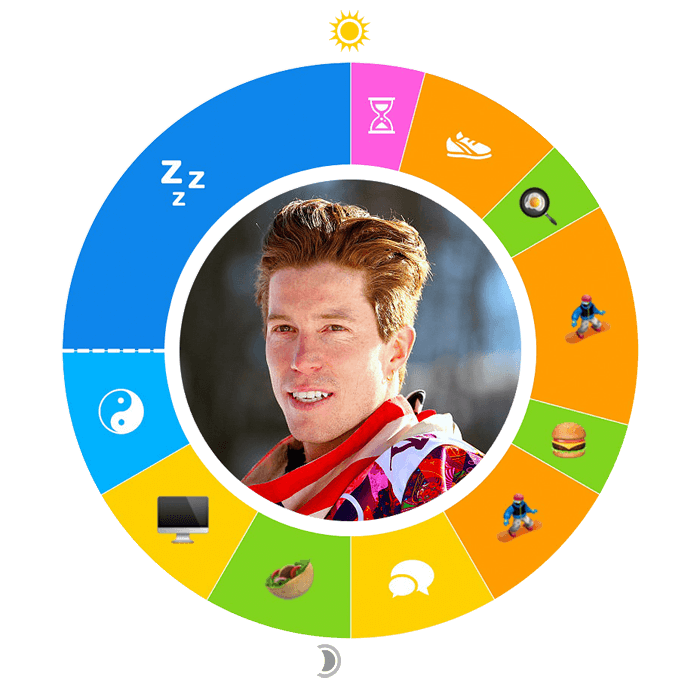 Day in the Life:
Shaun White


Shaun White’s name is on everyone’s lips with this year’s Winter Olympics in Pyeongchang. Formerly known as snowboarding’s “Flying Tomato” for his voluminous red hair and steller halfpipe tricks that gained him two Olympic gold medals in 2006 and 2010, Shaun White-inspired both awe and envy in fellow competitors. When his peers settled on the chill vibes of just wanting to snowboard because it was fun, Shaun White broke the mold by declaring he was there to win. His competitive attitude is what got him mentored by Tony Hawk in skateboarding at the age of 9, made him a professional snowboarder by the age of 13, and an Olympic Gold Medalist by the age of 19. Pushing the boundaries of the snowboarding community, he set a new pace for the action sport. It is why the 31-year-old is the most decorated action sports icon in skateboarding and snowboarding, an entrepreneur with a stake in Mammoth Resort, the owner of WHT Space clothing line, a guitarist in the band Bad Things, and is estimated to be worth 45 million dollars. 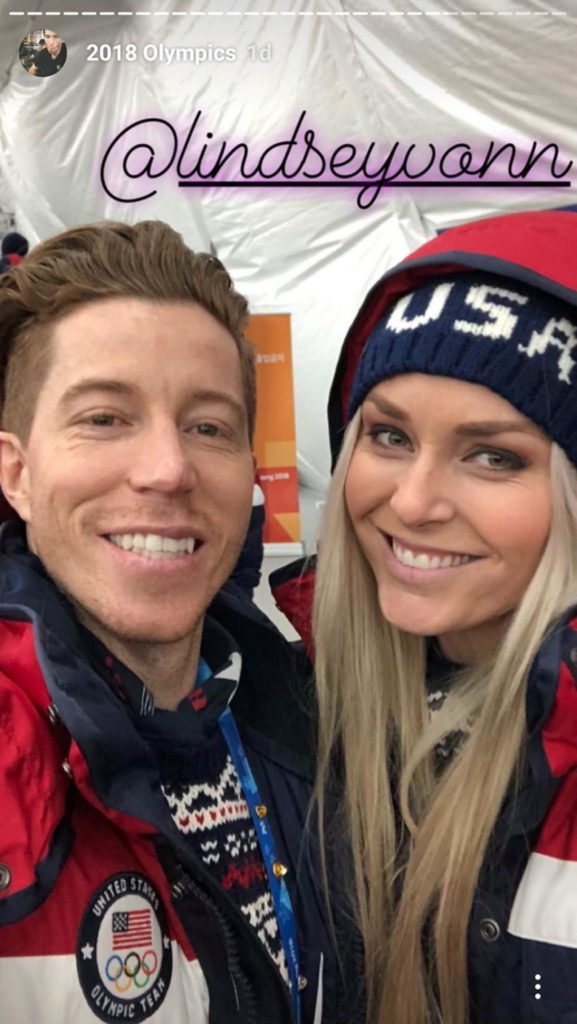 Yet, to assume the beauty of White lies in all his success neglects his journey to this year’s Olympics. Pressure mounted for White to win his third consecutive Olympic gold medal in 2014, instead White placed fourth in Sochi. The 2014 loss prompted White to grow in more aspects of his life by reigniting his motivations, creating new goals, and launching his entrepreneurship.

White has grown up, ditching the nickname, the volume, his old coach, and refocusing how he looks at life and competition.

First time I’ve attempted this trick since it put me in the hospital in New Zealand. Words can’t describe how good it feels to finally get the courage to try it again! Overcoming your fears isn’t easy, but don’t let the fear of your past keep you from moving forward! #Olympics pic.twitter.com/BIvQyMvXlb

White has had the impossible task of competing with his own legacy of being a young prodigy. Where Icarus combusted flying too close to the sun, White got burned, lathered up in ointment, and reassessed. His October 2017, New Zealand faceplant during training meant 62 stitches weeks before the 2018 Olympic qualifying tournaments. The crash served as a reminder to slow down, but not give up, causing him to take a step back from the Winter X Games to focus solely on the Olympics. 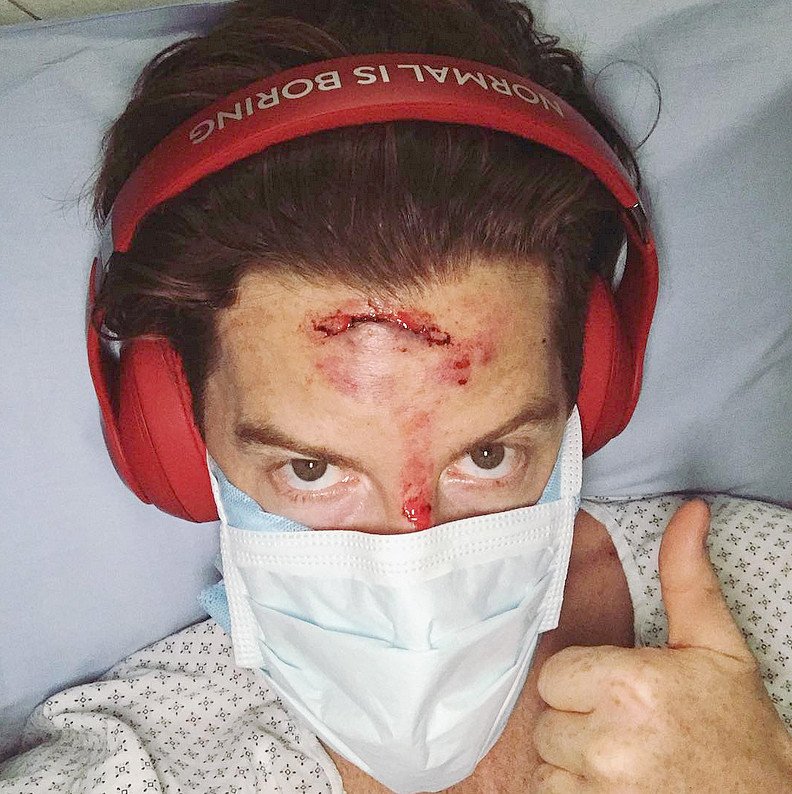 So, what does a life change look like when loss births a new outlook?

White focuses on training smarter, regaining a love for his sport, and reinvesting in his passions for future generations.

Despite balancing so many ventures, White admits that his weakness is time management and that the people around him help him stay focused so he can devout his all to the task at hand. A perfectionist at heart his routine incorporates: 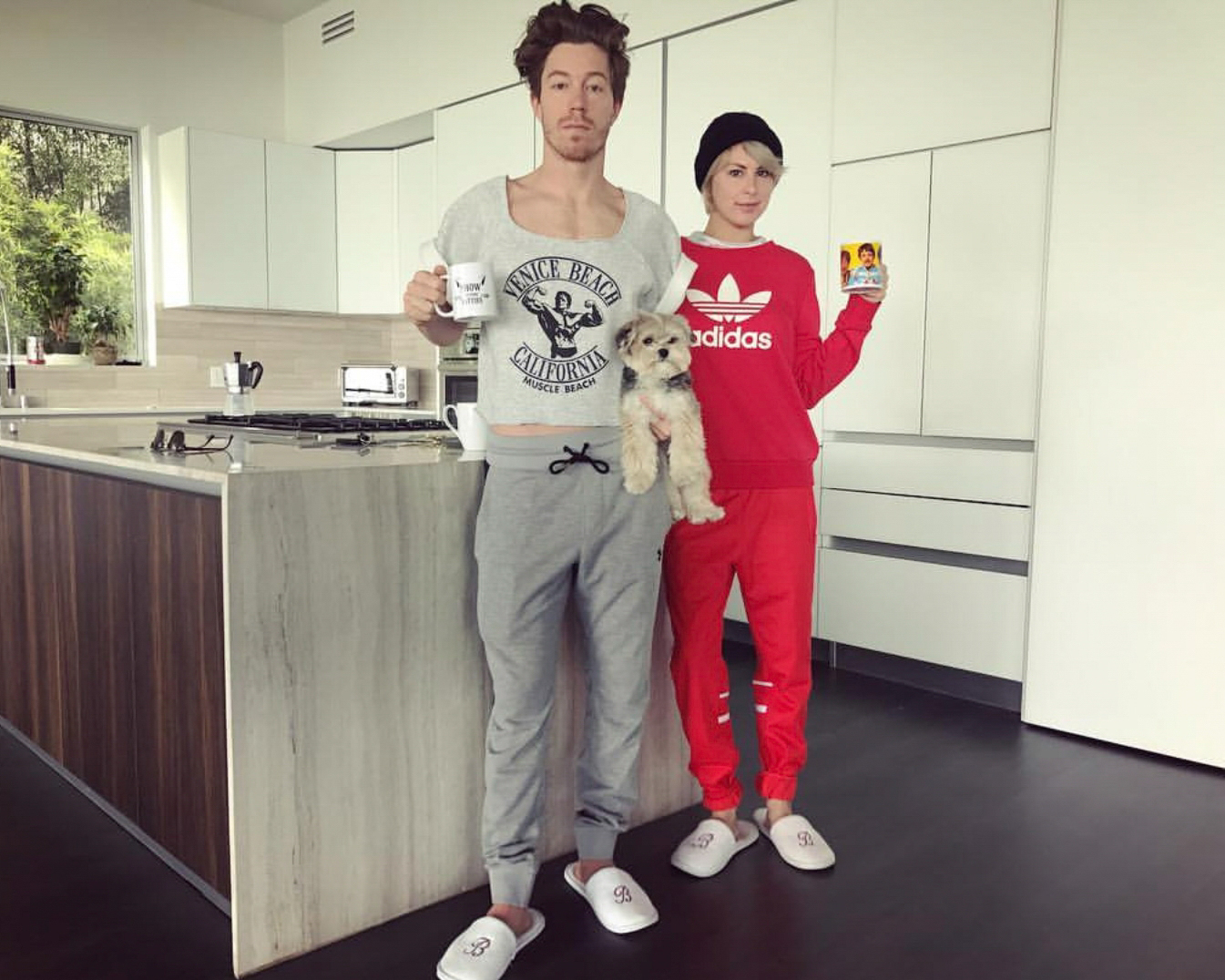 “For so many years doing the same thing, it just kind of, like, lost the luster,” he said.  White has admitted that as of the last two years, he has begun working out as part of his training. He has joked that in the past working out, as a snowboarder, “wasn’t rad” and would only do so when he had to do physical therapy. Fitness has changed his training for the better, keeping up his muscle memory. 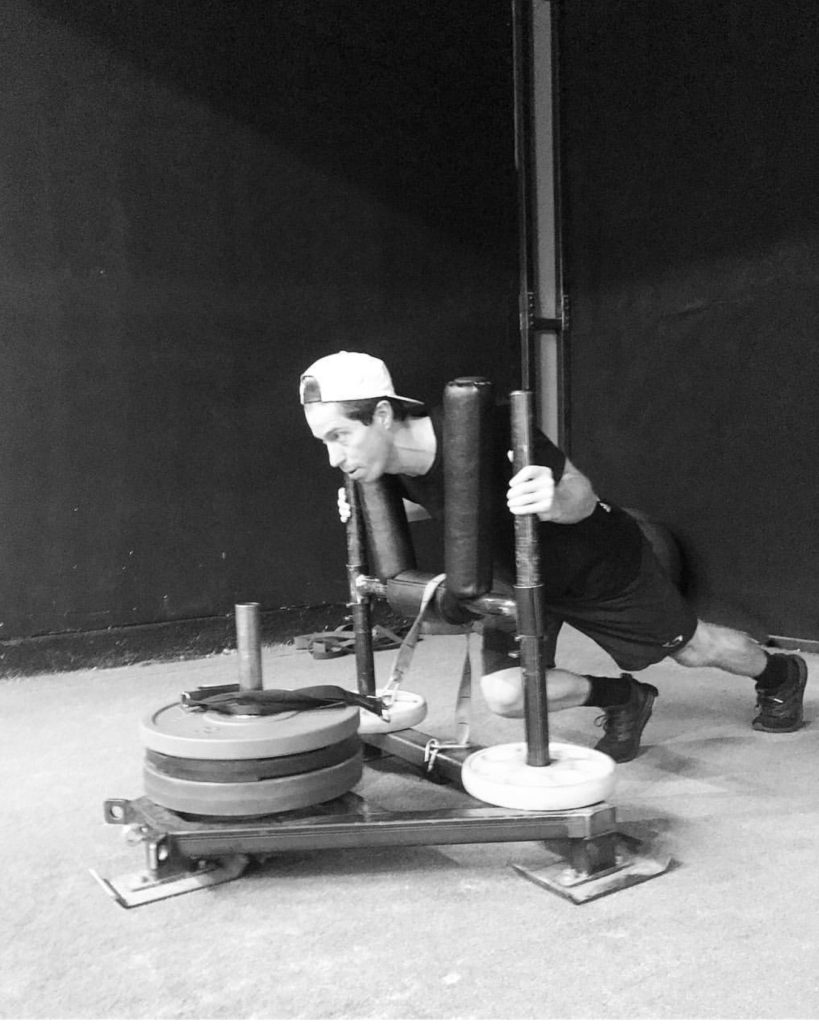 “If you just nailed it 15 times, it’s like rolling the dice. You’re going to hit seven. You’re going to crap out. Save it for the real contest. You know you got it. You got to be your own friend in that scenario.”

White does not mistake pushing boundaries for pushing oneself to exhaustion. He finds that his performances improve during competitions than when there is time for him to get in his own head. He has learned that when he focuses on the anticipation of the pressure, he has already lost.

Regaining a love for his sport:

Shaun White left Sochi without the success he was used to, facing fewer endorsements and a new outlook. In fact, his loss became oddly invigorating over time,

“It was amazing for me to realize that people were still like,  ‘Oh, you’re the champ!’  I don’t know… For some reason, in my mind, I just assumed that if you don’t win, they immediately strip all the other medals, and you’re just some guy…  And I still remember thinking ‘Oh wow, I’m still alive. I’m still here. The worst thing I could have imagined happened and I am still here.’ I was still considered the great in the sport… my dog still loved me.” 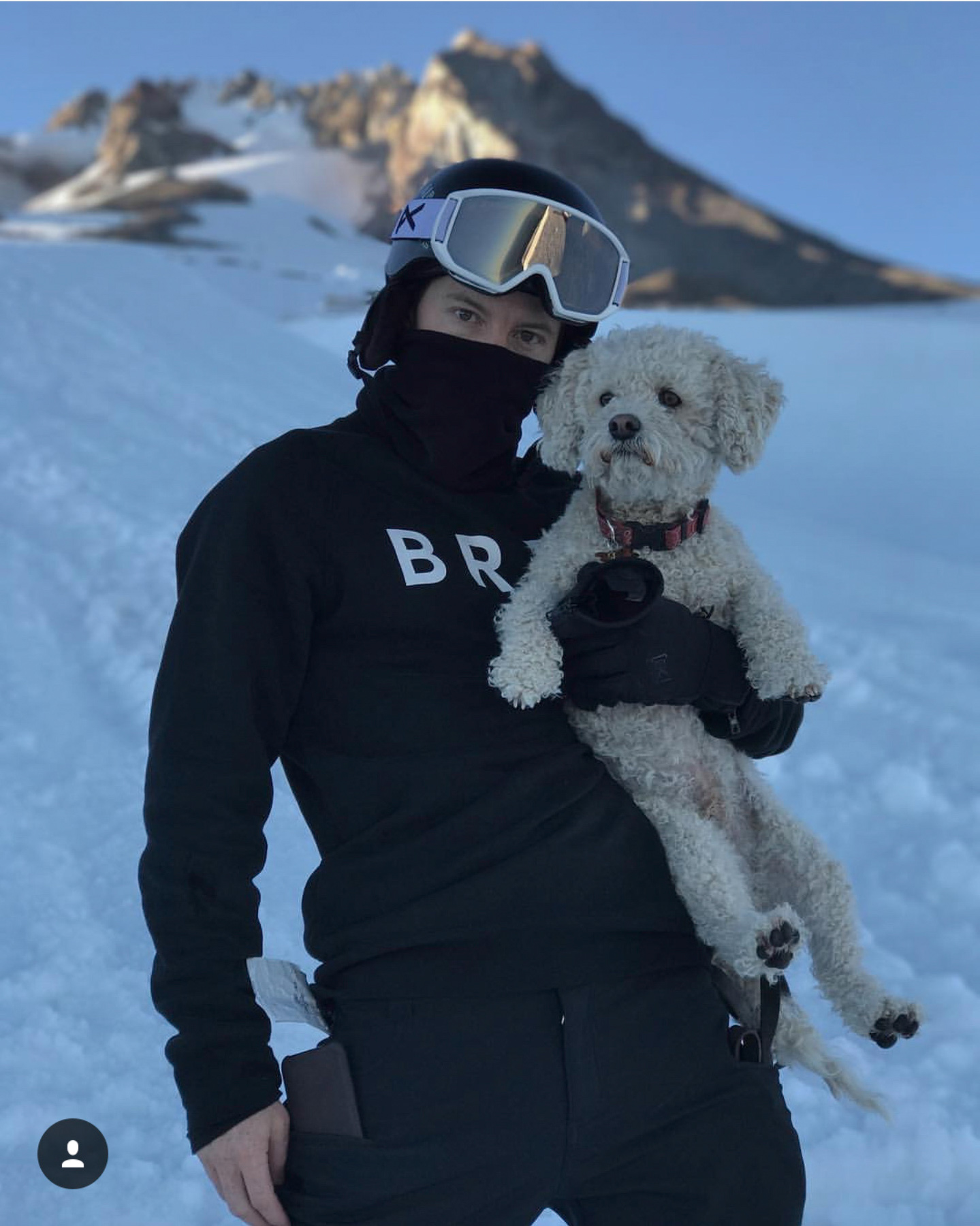 By losing, and facing one of his fears, he realized he was okay. The loss relieved him of the pressure of his young prodigy status. White has been able to refocus on his love of snowboarding, rather than the hunger for gold, and the stress of a gold starved coach. While White still wants to win, he isn’t so scared that a loss will strip him of his accomplishments. His training includes riding with his new Olympic Bronze medalist coach, J.J. Thomas, and the 17-year-old up-and-comer, Toby Miller. “Toby is bringing that youthful sort of excitement. He just wants to do everything there is,” White said. “When you’re with someone young, they just kind of bring it out.”

Reinvesting in his passions:

After Sochi, White bought the Air + Style Austrian music festival that started in 1994. The festival tours globally three times a year incorporating snowboarding competitions with live music in the vein of Coachella meets Winter X Games. This marries White’s love of music with action sports. The festival allows children under 10 to enter free with the company of a ticketed adult. White’s aim is to expand exposure for future generations to enter into snowboarding and skateboarding culture. He continues to tour with his band, design a line of men’s fashion, and skateboard in the winter offseason. In fact, White plans to compete in the 2020 Tokyo Summer Olympics where they will introduce skateboarding as a new event.

so proud of the last 3 years, can’t wait for you guys to see what we’ve got for @airandstyle 2018! pic.twitter.com/5cU1WIxEZ3

Shaun White isn’t successful because he excelled and defined himself as the top snowboarder, but because he pushed himself in multiple areas. Even as a baby, White fought to stay alive being born with a congenital heart disease and enduring two heart surgeries. His competitive streak is within his own limits and it is how he has pushed the boundaries of snowboarding. When he faces a loss, he goes back to study what he did wrong and takes it as an opportunity to do better. Our beanies are off for White while he competes this year. With his third gold medal in tow after this years Olympics, Shaun White is on fire. We cannot wait to see what else he will have in store! 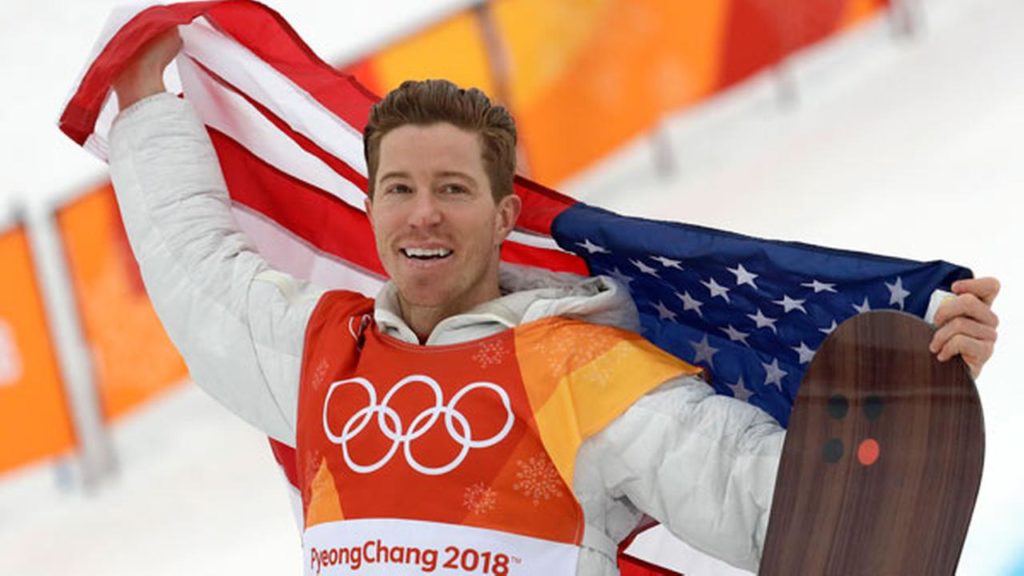