Day in the Life:
Katherine Johnson

Anyone who has heard of the book/movie Hidden Figures knows of Katherine Johnson, the NASA mathematician who made groundbreaking discoveries. Growing up in a time when segregation was still a reality, Mrs. Johnson overcame many struggles. She was one of the three Black students to integrate West Virginia’s graduate schools. She was a teacher, a mother, a wife, and even an activist.

What she is most known for is her work at NASA’s Langley Laboratory. She started in the summer of 1953 in the all-Black West Area Computing Section and went on to do complex data analysis for flight tests and much more. Her work was critical to calculating flight trajectory and specific landing positions; this was essential, especially to spacecraft carrying humans. She was also the first woman in the Flight Research Division to be authored on a research report. Not only did she work on flight-related calculations, but she also contributed calculations to the Space Shuttle, the Earth Resources Technology Satellite, and other modules.

The secret to her success was that she enjoyed everything about her work. Although she retired in 1986, she continued to make an impact on her community, family, and even the country. In 2015, she was awarded the Presidential Medal of Freedom by President Obama in recognition of her accomplishments as well as her relentless spirit amidst several racial and social barriers. It was clear that she found joy in every little moment as she lived a long life of 101 years and left behind an unforgettable legacy. 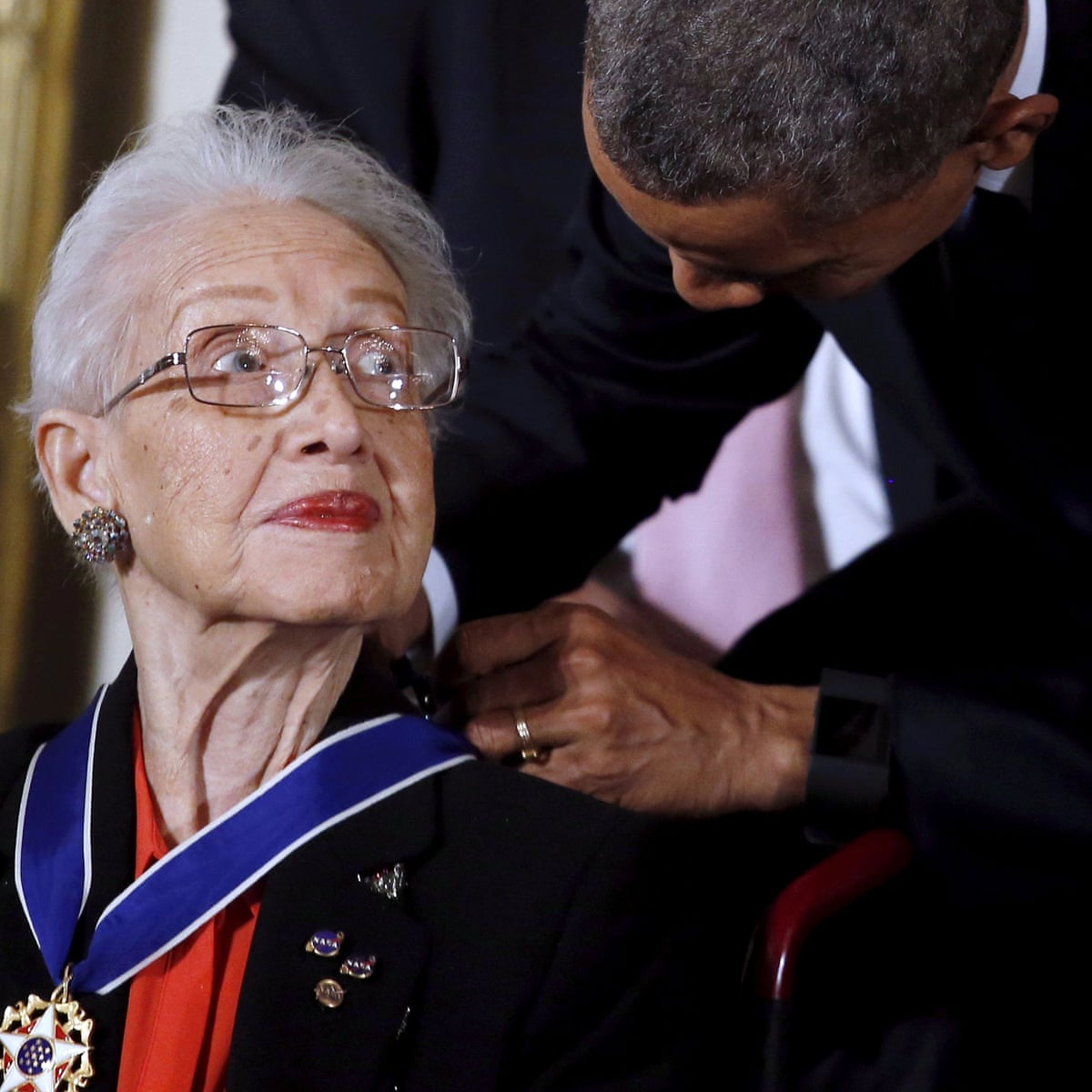 A Passionate Mathematician and Educator

Routinely logging 16-hour work days, Mrs. Johnson spent ample time at the Langley Laboratory computing complex equations. Even though computers were developed and available, they were not always trusted, so NASA often relied on human computers like Mrs. Johnson. Her passion for her work was clear through her statement: “There wasn’t one day when I didn’t wake up excited to go to work.” 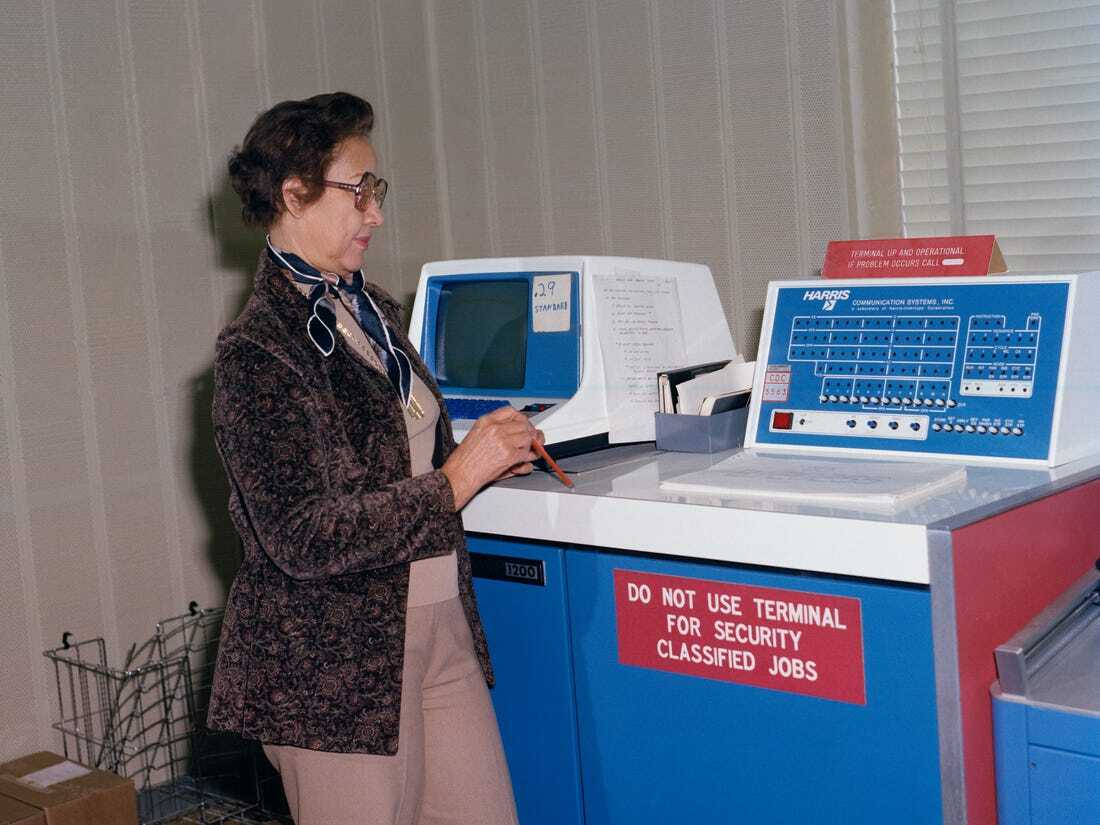 She was an activist in the workplace as she spoke up against discriminatory behavior. When women were not allowed to attend briefings and important closed-door affairs, Mrs. Johnson confidently spoke up and asked, “Is there a law against it?” Her fierce attitude opened many doors for women, especially Black women.

Before working at NASA, she was an educator, and she made sure to make math something that students enjoyed and understood wholeheartedly. Even after retiring, she spent time advocating for math education through volunteering and teaching children. She visited schools and spoke at events to encourage young people to pursue math and science. Whenever she got the chance, she answered letters that she received from young people who were inspired by her. Her love for math shined through her actions and her words.

While Mrs. Johnson was at NASA, segregation was still a part of society, but Mrs. Johnson and her Black colleagues did whatever they could to prevent segregation from affecting their work. Although they ate at their desks most of the time, they ignored the discriminatory signs in the cafeteria when they ate with their colleagues. Their work was a priority, and they took steps to overcome these barriers.

Although there was not much I could find about her diet, it seems that she was a woman who embraced her Southern roots, so I presume she enjoyed many Southern classics. Surprisingly, even in her old age, she enjoyed a meal of bacon, hard-boiled eggs, and strong coffee. Perhaps it was a hearty dose of happiness, and not necessarily her diet, that contributed to her long life.

Despite working long hours, she took care of her three daughters and her husband James Goble, who was fighting cancer. Even when things would get busy at work, her well-connected network of family and friends would support her in many ways by taking care of her family life. James Goble passed away in 1965, and Mrs. Johnson remarried James Johnson three years later.

Mrs. Johnson went on to live in a retirement home with her husband James where she enjoyed company and conversation. Her favorite pastime was playing board games like Rummikub and bridge. She ended every day by sharing a fist bump with her husband to show each other their affection despite becoming hard of hearing as they aged.

She kept an upbeat attitude and was always smiling. Her daughters proudly said that she was a team player who maintained a humble perspective regarding her work at NASA. Her daughter Joylette recalls that their mother was no different from other women of the time: “They were mothers and wives and community organizers and church-going people. When she came home from work, she wasn’t expecting any kind of special recognition. Certainly not at that time. She was a team person.”

Mrs. Johnson spent the time she had with her loved ones, who adored her tremendously and were constantly attentive to her needs. The strength within her family is a testament of her dedication to her loved ones. A wise lesson her father provided was key to her facing and overcoming barriers and was an ingredient in her recipe for a long and humble life: “You are no better than anyone else, and no one is better than you.”