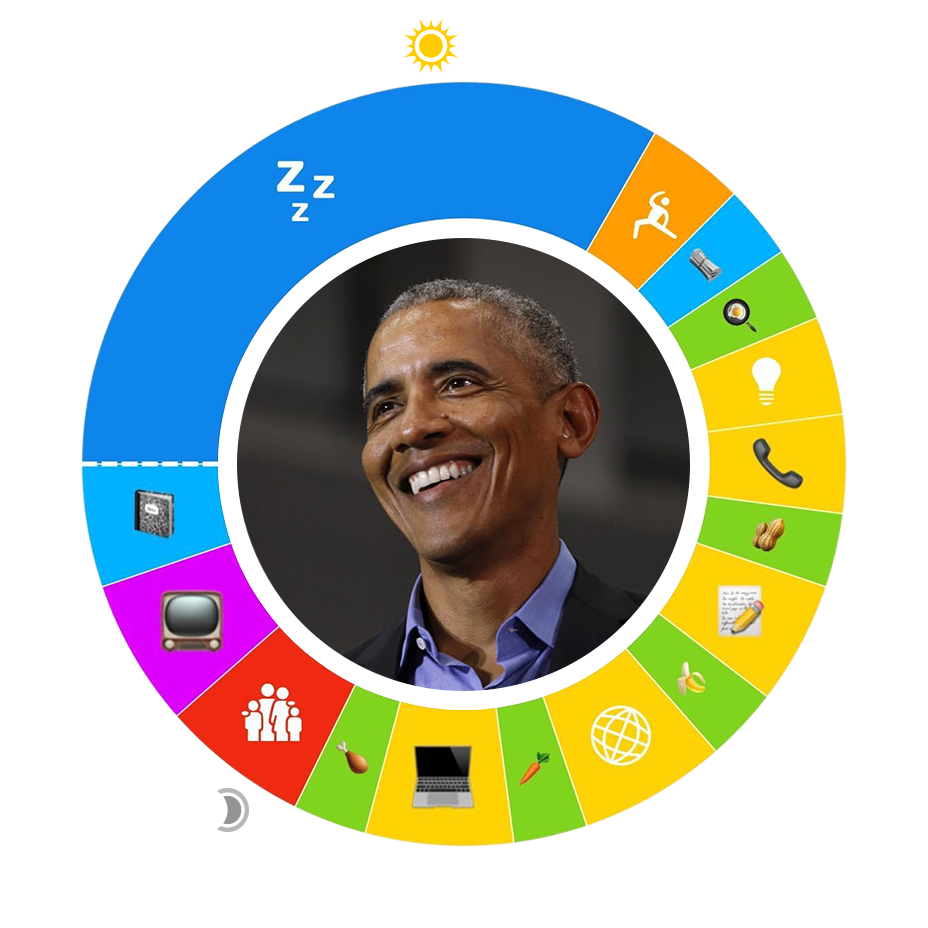 Day in the Life:
Barack Obama

When Barack Obama became the first Black president 12 years ago, it was not only a historical moment, but it was also a victory for Black communities who wanted proper representation for their voices. While president, he made several decisions to tackle the social and economic disparities in America. He made health insurance more accessible, supported marriage equality for the LGBT community, launched programs to support minorities, tackled prison reform, and addressed the 2008 recession by creating jobs and supporting Americans financially.

Also, he created the Precision Medicine Initiative to support research that examines how environment, lifestyle, and genetics influence one’s health. This was created to make healthcare and medical treatment more personalized. The ultimate goal of the initiative is to make sure that underrepresented communities have more representation in healthcare and research. 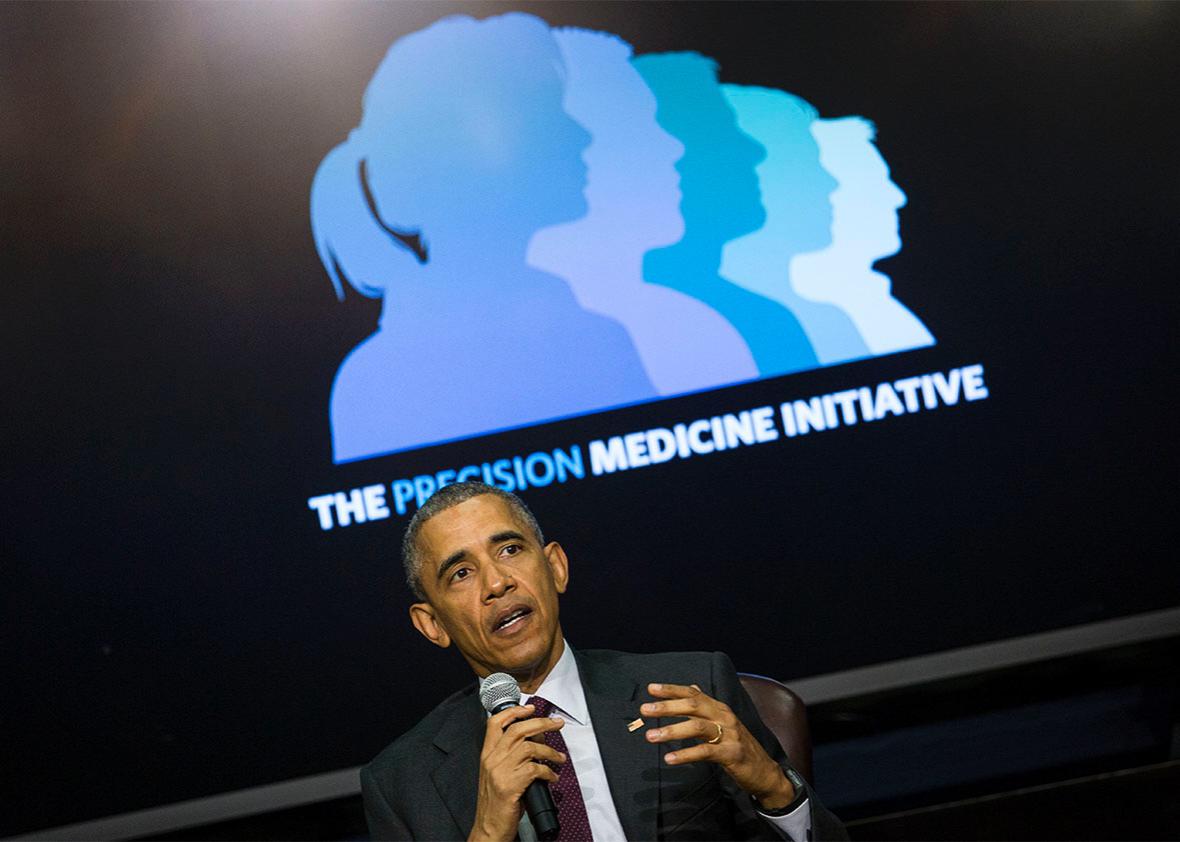 To put it simply, Obama was a busy president, and while he was on the job, he only got around five hours of sleep if he was lucky. Now that he’s back to civilian life, not much has changed except for the fact that he gets more sleep. Over the past four years, he sent off both of his daughters to college, started the Obama Foundation, spoke at several official events, and even made a Netflix deal. For Obama, all these efforts are different ways to address many of the social and economic disparities he focused on while he was president. While he continues to juggle many responsibilities, he has always been an advocate for a work-life balance through incorporating a healthy diet, exercise, and family time.

Obama used to wake up at the crack of dawn while he was president, but now he wakes up later to get in some good sleep. Everyday, he works out for 45 minutes after waking up. His trainer of more than 20 years says that the Obamas are very fit and committed to working out. Obama’s workout regimen alternates between strength and cardio training. To mix things up, he often plays sports like golf and basketball. Basketball became an integral part of his life when he started playing for his high school basketball team. More than for his appearance’s sake, exercise is for de-stressing and getting his mind ready for the day. When it comes to his appearance, he spends a small amount of time figuring out what to wear and keeps his wardrobe consistent. He believes that this allows him to focus on more important decisions. 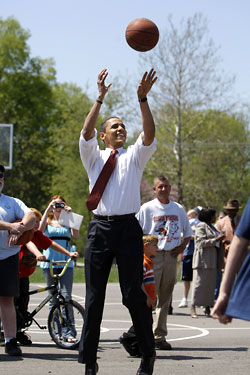 Unlike the rest of the nation, Obama chooses not to drink coffee and instead, opts for beverages like orange juice, water, and tea. His breakfast is pretty consistent and includes eggs, potatoes, and toast.

Now that he has more time, he likes to spend his morning thinking about what his plans are for the day and how to make the best use of his time. This thinking time has helped him with starting creative and groundbreaking ventures like the Obama Foundation; the Obama Presidential Center; his memoir; and a production company, Higher Ground Productions. Through the production company and with a Netflix deal, Obama hopes to release media touching on subjects such as race, class, democracy, and civil rights.

Changing the World Through His Work

Obama continues to have a work day as busy as when he was president. He advocates and works to provide better lives for children around the world, better economic opportunities, and a healthier environment for future generations. He has also given speeches all around the world, and he donates most of the money he earns through these speeches to fund job-training programs for low-income residents in Chicago. Even during this quarantine, he has been keeping up with responsibilities through conference calls. 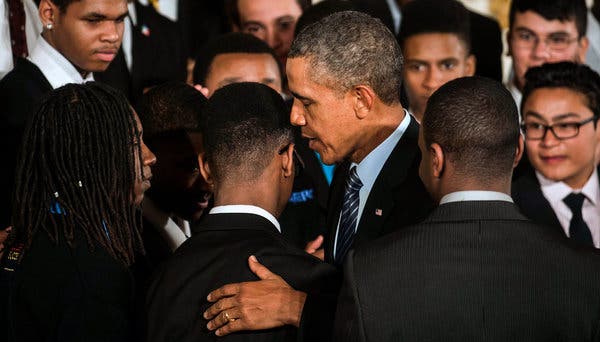 His most important venture has been the Obama Foundation. The foundation has been vital in continuing programs established during Obama’s presidency. My Brother’s Keeper Alliance mentors young men and boys of color and ensures that they are able to reach their potential. The Girl’s Opportunity Alliance connects several young women around the world and grassroots organizations to improve education for girls. The foundation also has fellowships to encourage and support civic innovators. Along with fulfilling civic responsibilities through this work, the foundation also helps leaders grow and flourish through the Community Leadership Corps.

The foundation has also been integral in the fight against racial injustice and disparities in healthcare especially during this difficult time. Here are resources that they’ve compiled on their website to support people; you’ll find his empowering statement about what we as a nation have to do to make sure that police brutality among the Black community stops.

Despite being so busy, Obama manages to healthily snack throughout the day. Both Barack and Michelle Obama make sure to eat five small meals a day; two are breakfast and dinner, and the rest are snacks. His favorite snacks include trail mix, roasted nuts, protein bars, and vegetables like broccoli. Their emphasis on promoting healthy lifestyles has created initiatives like Let’s Move and has motivated several children to be more active and make healthy eating choices.

Traveling and Spending Time With Family 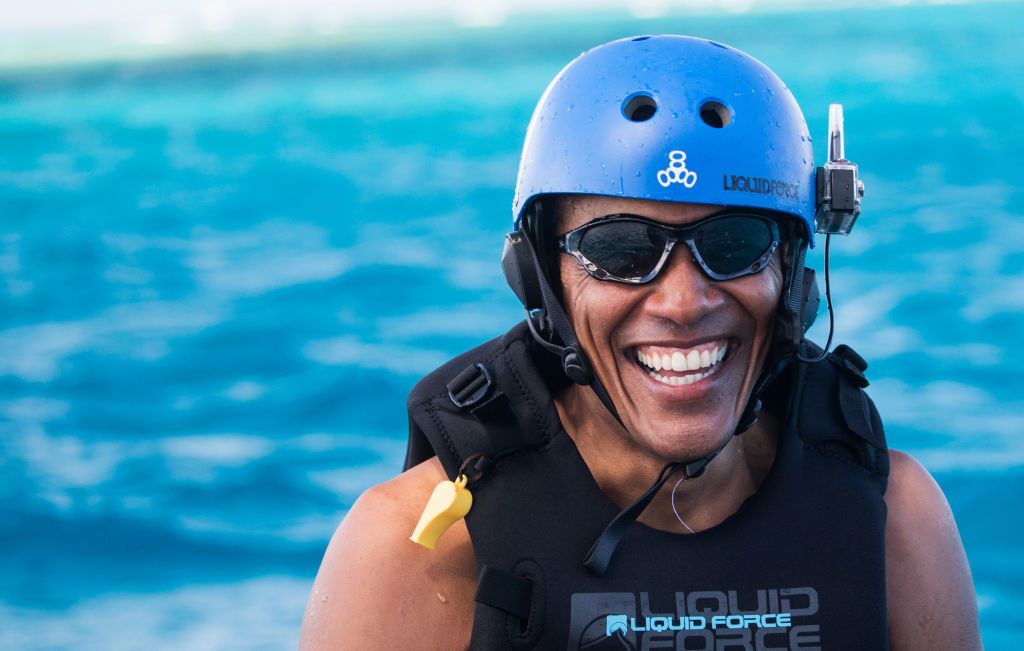 They moved to a mansion in Washington so that their daughters could continue attending the same school they were in while at the White House. During this pandemic, the whole family including their daughters has been spending a lot of time together. They have serious conversations about the state of the nation and global issues, but like many families, they enjoy watching Netflix.

Even when they were at the White House, the Obama family would always have dinner at 6:30 PM. This is a time Obama looks forward to as he gets to catch up on the day with his family. Dinner is usually a balance of vegetables, grains, and protein; he avoids sugar, carbohydrates, and fats to maintain his health.

Known for his late nights while he was in office, Obama has always been a night owl. Sometimes he would stay up as late as 2 AM. These days, before going to bed at around midnight, he may spend some time watching sports on TV. He reads a book for 30 minutes before going to sleep. Above all, he makes sure to spend time with his loved ones to energize his spirit for the next day.

It is reassuring to know that despite the challenges our country is facing currently, the nation has support through the Obama family’s efforts and dedication towards eliminating racial injustice. They strive to create more opportunities for Black people and hope to eliminate the socioeconomic disparities in Black communities. Obama reminds us why the fight against racial injustice is happening through this everlasting quote: “I think that change happens, typically not because somebody on high decides that it’s going to happen, but rather because at a grassroots level enough people come together that they force the system to change.”