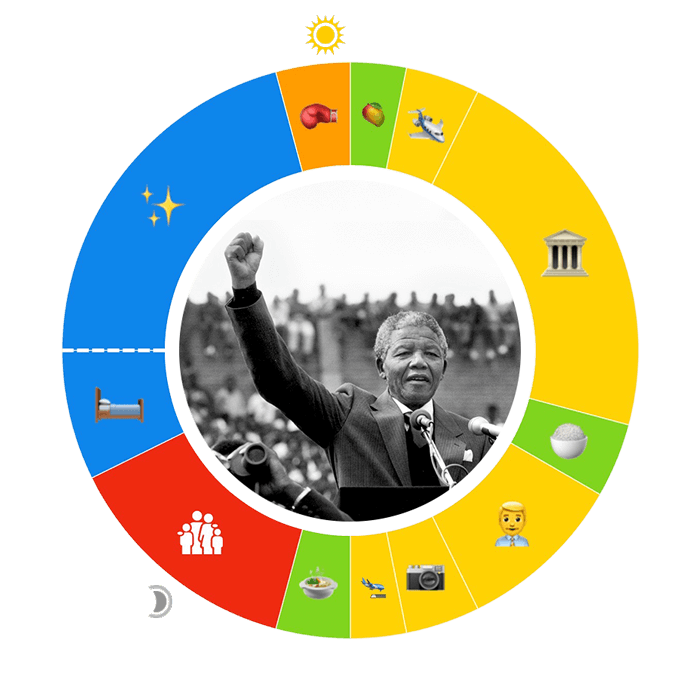 Day in the Life:
Nelson Mandela

“Madiba!” That is what the people lovingly called Nelson Mandela. The human rights violations and the discriminatory policies of the Apartheid in South Africa compelled many, including Mandela, to fight. Most people outside of South Africa are unaware of Apartheid; this form of institutionalized racial segregation existed from 1948 to the early 1990s. Mandela, as a lawyer and activist, challenged the terms of Apartheid and went on to face time in prison, political rivals, threats to his life, and the responsibility of revitalizing South Africa after becoming the first elected Black president.

Not only did he emphasize liberating native South Africans, but he also preached a healthy lifestyle filled with exercise and a simple diet. A daily routine kept him stable during his time in prison and during his time as president. For a man who fought many enemies in his lifetime, he easily found the joys in life and cherished every minute of the day. To all the activists and leaders out there, this idea that Mandela held may give insight into his ability to face adversity: “Everyone can rise above their circumstances and achieve success if they are dedicated to and passionate about what they do.”

To understand the work Mandela did, one must understand the facets of Apartheid. From 1994 to the early 1990s, the Apartheid dictated a race-based social ladder. It determined where people lived, what jobs they worked in, and who they could interact with, based on the color of their skin. White people established it to ensure that they had power over non-white races. There were 148 Apartheid laws that enforced this separation. Thus, it is imperative that people are informed and educated about the brutality under Apartheid, so that it will not happen again. Once the system was abolished, Nelson Mandela played a pivotal role in developing the new constitution. He went on to win a Nobel Peace Prize in 1993 for his work. 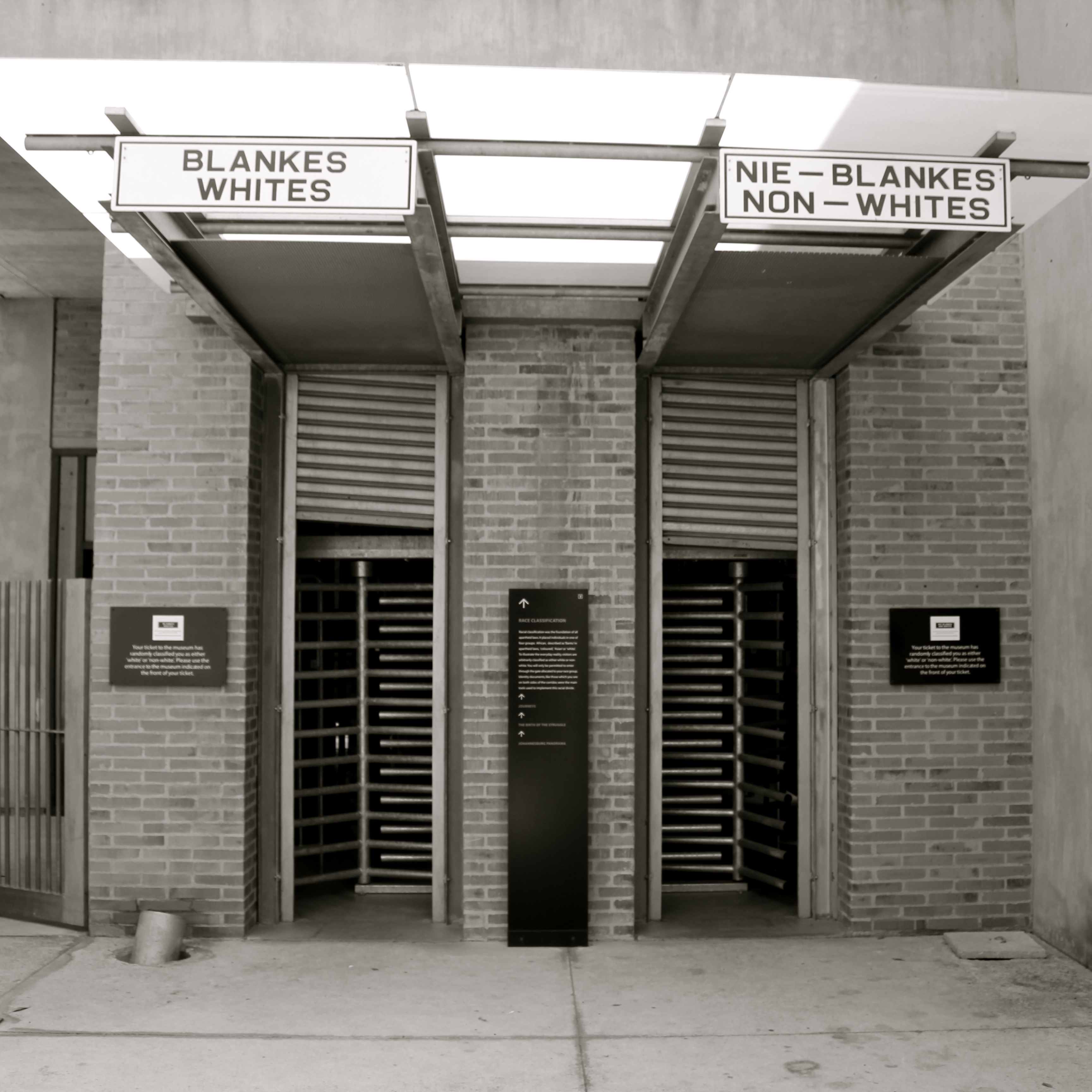 Waking up at 5 a.m., Mandela began his day with an hour-long exercise routine. During his time in prison, his exercise routine was very intense and consisted of stationary running, 100 finger push-ups, 200 sit-ups, and various other calisthenics. He would do this Monday through Thursday and rest for the next three days. As he got older, he reduced the intensity of his workouts. 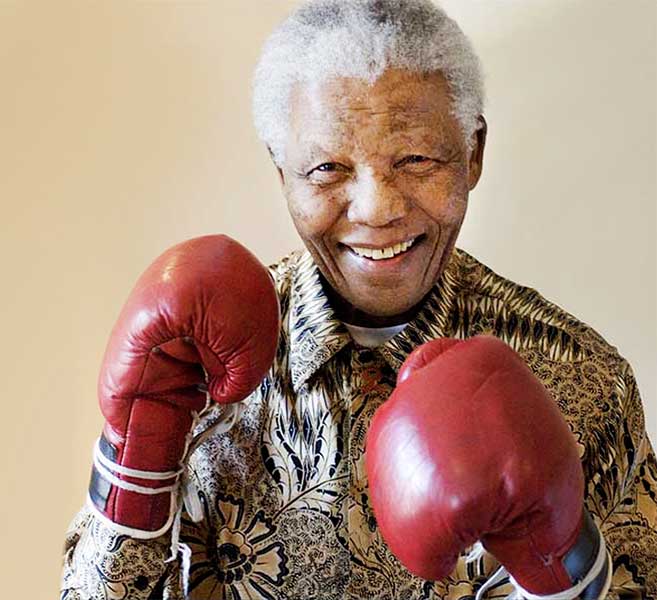 Mandela considered boxing had as a form of exercise that he could use to channel his energy. Four mornings a week, he would go on a run, and three evenings a week, he would box at a Soweto boxing gym. Mandela carried out regular exercise not only to stay physically fit, but also to combat the mental hurdles that he faced every day.

For breakfast, Mandela ate cereal and a bowl of fruit. From his time in prison, he developed the habit of eating and drinking small quantities. For lunch, he would have something simple like chicken and rice. Despite being a world traveler, he had a great love for traditional African cuisine. His personal chef recounts his three favorite dishes, which were citrus pudding, orange turkey, and peanut butter and spinach soup. If you are curious about more of the delicious foods that made their way into the belly of this incredible leader, check out Ukutya Kwasekhaya, a cookbook that contains more than 60 of Mandela’s favorite recipes.

Mandela was President of South Africa from 1994 to 1999. Starting his workday around 6 a.m., Mandela prepared himself for a long and productive day filled with interviews, foreign and local delegations, and potential peace treaties. His Falcon 900 aircraft took him to different regions and offices to meet diplomats and even civilians.

As the first Black head of state and the first Black president, he worked on reversing the harm that the Apartheid had done; to do this, he established the Reconstruction and Development Programme. He worked on rebuilding the economy, removing the social and racial disparities, and creating more job opportunities. This work propelled him into international media, so he gave many interviews to the press and made several public appearances. 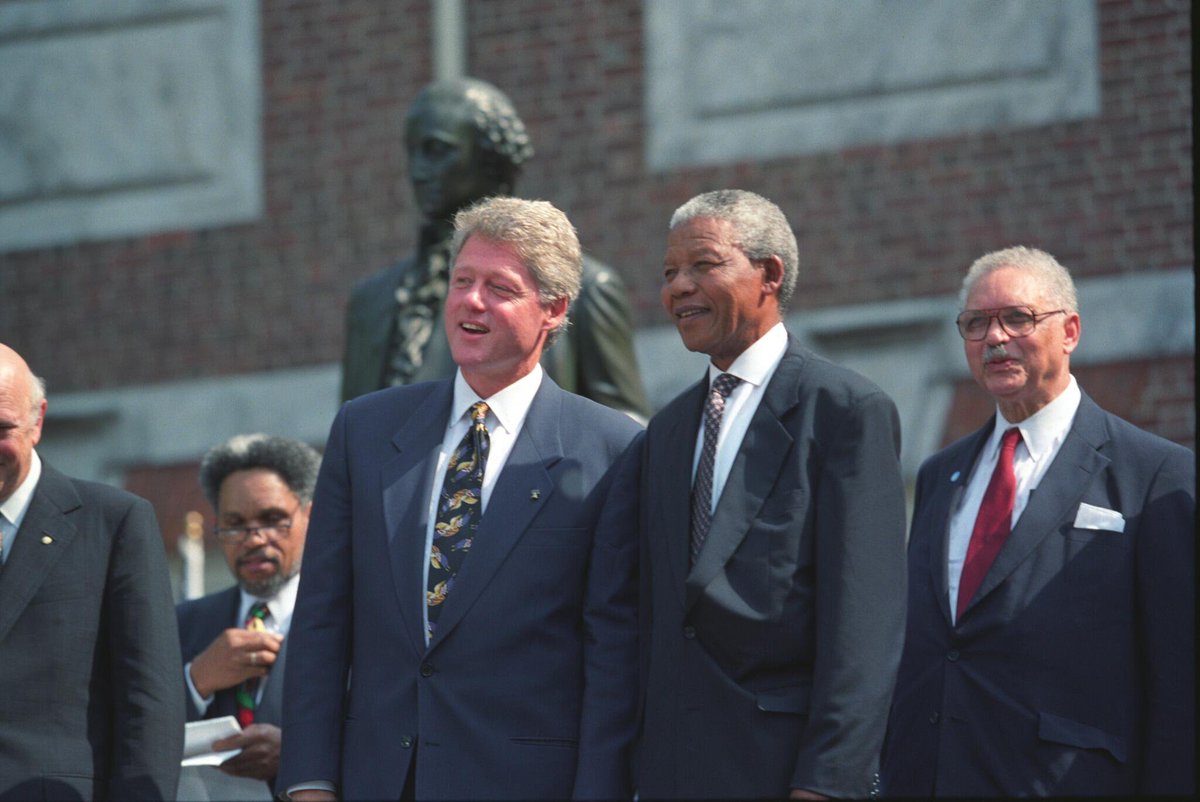 He found a way to give exercise a purpose through his presidential duties. Sports were used to find reconciliation between Black people and White people. His support and encouragement brought the 1995 Rugby World Cup to South Africa. It was the first sporting event held in South Africa after Apartheid.

During his presidency, he established the President’s Fund with a hefty contribution from his own salary. The Fund’s purpose is to help with building and supporting programs that provide aid to children and minorities. He later founded the Nelson Mandela Foundation after stepping down from his position as President of South Africa.

Family in the Evening

After a long day at work, Mandela would fly back home to spend time with his large family. His family and friends were vital to his existence, and he eventually retired from the public eye in 2004 to lead a private and quiet life. The brave and relentless spirit he held pushed him to live his life as he wished. Mandela passed away in 2013 at the age of 95, but he left behind his message of political action against injustice. Seeing the smile on his face and his fist lifted in the air reminds me to keep speaking up even when it seems like there is no hope. We will eventually attain a world that understands everyone’s social, economic, and health needs.